The Indianapolis Colts in the Post-Wayne Era 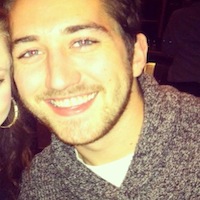 It was to be expected that, in their first game without Reggie Wayne, the Colts would go through a period of adjustment. Wayneâ€™s contribution for the Colts is hard to capture on paper, but it was clearly significant. He has been instrumental in the development of Andrew Luck, and is one of the main reasons why the Colts have seen relative success over the last two years.

This is why there was cause for concern when Wayne tore his ACL in the fourth quarter of their tilt against Denver in Week 7. This shouldnâ€™t be new news to any of you. If it is, Iâ€™m sorry. I know this must be shocking.

Week 9 gave fantasy footballers the first glimpse of how Indianapolisâ€™ offense would operate without their star receiver. It was conjectured that the main beneficiaries would be T.Y. Hilton and Coby Fleener. Personally, I figured that Darrius Heyward-Bey would also see an uptick in targets, but I didnâ€™t have much faith that Stone Hands would do anything with them.

Though we've seen how this team may function during this Wayne-less time, let's dig a little deeper and look at what the Colts offense will look like from here on out.

As most thought, T.Y. Hilton had a fantastic performance against the average Houston secondary (ranked 13th in Adjusted Defensive Passing Net Expected Points) in Week 9. He racked up 121 yards and three touchdowns on seven receptions. While some might consider this to be the main storyline coming out of Indianapolis, there are other skill players that we need to analyze.

Coby Fleener had his second-highest yardage total of the year with 64 yards on 3 receptions without Wayne. He was held out of the end zone, but he was able to grab a two-point conversation from Andrew Luck in the fourth quarter. Fleener isnâ€™t incredibly efficient, but he is one of the few remaining starters in the Coltsâ€™ passing game and should continue to see 4-5 targets each week, providing a decent floor for a tight end.

Griff Whalen is a player that you might not have heard of before Week 9. He played college ball at Stanford and was an undrafted free agent following the 2012 draft. Soon after, he was signed to the Coltsâ€™ practice squad. In his second game (caught two passes against Miami in Week 2), he was targeted 9 times and caught three of those passes for 32 yards.

While this isnâ€™t a spectacular performance, I think that it's interesting that he was the second-most targeted Colts receiver on Sunday. It seems that Andrew Luck and Griff Whalen could have preexisting chemistry from their days at Stanford. I wouldnâ€™t read too far into this, but I do think that Whalen could continue to see targets in the coming weeks as the Colts try to find more consistency in their passing game.

Darrius Heyward-Bey continues to be incredibly mediocre. His Net Expected Points (NEP) total is sitting at 20.62, a depressing 20 points below his superior counterparts (Hilton and Wayne). These numbers are hampered by his 46.34% catch rate, which is one of the more serious criticisms about Heyward-Bey. From a quick eye test, DHB seems to lack concentration and lets more than a few catchable passes hit him in the hands or simply sail past him. For fantasy purposes, DHB will continue to disappoint owners that give him a chance given his lack of true talent at the position.

It's no secret that Pep Hamilton's "power run" scheme has not been getting the job done in Indianapolis. It was perhaps oversold in the offseason, but the Colts' running problems were also exacerbated by injuries to Vick Ballard and Ahmad Bradshaw early in the regular season. The team's overall Rushing NEP peaked in Week 5 (their first week without Bradshaw), but has continued to drop over the last four weeks.

In a sad state of disrepair, the backfield is now left to Trent Richardson and Donald Brown. Brown has been the more effective runner of the two, which is partly due to his quick acceleration and willingness to immediately attack a hole. His Rushing NEP is considerably higher than Richardson's, but backup running backs can have a higher NEP value due to their reduced workload. Richardson, on the other hand, looks as though it takes him a few seconds to reach top speed. While the Colts have improved their offensive line from last year, I don't think that the line is good enough to allow Richardson the time he needs to break away from defenders. Ergo, when he gets the ball, he struggles to get into open space.

The Colts reached their highest pass-to-run ratio against the Texans, as they found themselves down 21-3 at the end of the second quarter, abandoning the run early. The Colts offensive line isn't stellar, and I think the loss of their veteran receiver is only exposing their blocking issues. Luck is often shaken from the pocket, and his ability to make great plays is covering up the poor offensive line performance.

If Week 9 taught us anything about the Colts offense, itâ€™s that they can still be effective without Reggie Wayne. While he is surely missed, the teamâ€™s Adjusted Passing NEP still rose from 11.50 to 12.96 after their Week 9 performance, and the incumbent top receiving options emerged. Granted, the rise in passing effectiveness wasn't as large as their season average per game (1.64), but we can at least see, in the small sample, that the entire team isn't doomed.

T.Y. Hilton is currently ranked 23rd among all wide receivers with greater than 20 receptions in Net Expected Points. This number will only rise as Hilton continues to see a healthy dose of targets from Andrew Luck. He's surely the guy that's going to benefit from Wayne being out, as we saw against the Texans. Don't be afraid to value him as a solid WR2 from here on out.

A quick look at numberFire's remaining year projections shows that the main skill players in Indianapolis should continue to produce at a high level. Andrew Luck is ranked third among all quarterbacks (you read that correctly), Hilton is ranked 17th among all wide receivers, and Coby Fleener is ranked 13th among tight ends. You might find Fleener and Luck undervalued by their owners at this point, considering their rest of season potential.

Generally, the Coltsâ€™ offense might have some different faces, but their overall efficiency and effectiveness shouldnâ€™t slip dramatically. As a fantasy owner, you should look forward to solid production from any of the aforementioned players, especially if they happen to be on your roster.