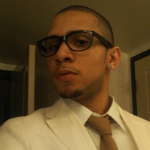 If you looked at Riley Cooper's projections before the season began (and trust me, nobody looked), you would have probably seen the first player in history projected to score negative fantasy points. I joke. But not many saw him as a viable fantasy option, even in the deepest of leagues. "All he can do is block" was the common perception.

That was then. This is now.

Note: For an explanation of Net Expected Points (NEP), read the intro to this article.

Cooper busted out for a 139-yard, three-touchdown stat line against the Raiders. If his 120-yard, one-touchdown day against the Bucs in Week 5 was supposed to be an outlier, then how do we explain his latest outburst?

In a nutshell? Another outlier. But since I want you guys to continue reading, I'll get this nutshell crackin'.

Both of Cooper's big games came against rookie cornerbacks. In fact, three of his five touchdowns on the year have come against rookies: Two versus Oakland's D.J.Hayden, and one versus Tampa Bay's Johnthan Banks. Side note: I'm currently in talks with our staff about getting an accurate Net Expected Vowels estimate for Banks' siblings.

On Cooper's first touchdown last Sunday, Hayden had single coverage and simply blew it, allowing Cooper to run right past him to the back of the end zone and catch a 17-yard touchdown. On the second, Hayden fell down, allowing Cooper to catch a deep strike and walk into the end zone on for a 63-yard score. In Week 6, Cooper ran a deep route down the left sideline, and got away with a push-off on Banks that allowed him to reel in a 47-yard touchdown reception.

Take a look at Cooper's stats against Hayden and Banks, compared to all other coverage:

Although he does seemingly have a better rapport with Nick Foles than he does with any other Eagle quarterback, Cooper has found the majority of his fantasy success by preying on rookie mistakes and uncalled offensive penalties. This is not sustainable. His primary talent remains blocking.

Cooper almost always lines up on the left side, so we can forecast his likely match-ups versus opposing cornerbacks for the rest of the season with a reasonable degree of accuracy:

David Amerson is the only rookie corner that Cooper is likely to face for the rest of the season. Amerson has allowed 19.0 yards per reception, but only one touchdown. The juiciest matchup Cooper has left is Josh Robinson, who has allowed three touchdowns and only eight incompletions in 60 targets so far.

Cooper is only viable as a desperation start in Weeks 11 and 15.

That sums up my advice on DeMarco Murray. After only 10 touches last week, and some missed games due to injury before that, Murray's value may be at the lowest point it will be this season. Remember, before his injury, he was averaging 21.2 touches per game.

In addition to his stellar NEP, Murray also boasts a 4.8 yards per carry average and reels in over four receptions per game. Even though he only got four carries last week, he did catch six passes. The Cowboys may not have wanted to over-extend him in his first game back. Also, they never really had the game under control and the Vikings are weak versus the pass, which may also help explain his lack of carries.

Murray has been playing well all season, and is still a key piece of the Cowboys offense. He makes for a rock-solid RB2 with RB1 potential. Make sure you stash his handcuff, Joseph Randle, for insurance in the event of another injury.

Back in August, our own Nik Bonaddio forewarned about selecting Steven Jackson too early. The warning signs were all there: a 30-year-old running back who looked slow and stiff in preseason on a pass-first offense. He admittedly did have touchdown potential, but so does BenJarvus Green-Ellis, and he wasn't being drafted in the early second round.

Jackson succumbed to a hamstring injury early in the year, playing only four games and managing just 38 carries thus far. Those 38 carries have not been pretty, as every time he rushes, the Falcons lose a fifth of a point off of their expected total. If you take out his 50-yard run in Week 1 against the Saints, he has 90 yards on his other 37 carries for an abysmal 2.37 yards per carry. Those are fullback numbers.

Jackson's biggest asset fantasy-wise coming into the season was Atlanta's high-powered offense, which was supposed to put him in prime position to rack up touchdowns, a la Knowshon Moreno in Denver. How's that offense doing since Julio Jones went down in week 5? They are losing 0.05 expected points every play, which would currently slot them as the league's fifth-worst offense. Jackson has only reached the end zone once this season, and his prospects don't look good going forward.

Despite their injuries at wide receiver, the Falcons will continue to be a pass-first team because Jackson has been way too ineffective to be an offensive centerpiece. He's an RB3 for the rest of the season.

Antonio Gates has been physically declining for a few years now, but Philip Rivers had to rely on him early in the season due to injuries to his top two wide receivers. Keenan Allen has emerged as Rivers' most trusted receiver now, and it's negatively impacting Gates.

Since Allen has emerged, Gates has essentially been running check down routes, which explains his paltry 5.4 average depth of target. It has shown in Gates' production, as his yards per catch have been cut in half. As long as Allen is healthy, I expect this trend to continue.

Gates has averaged only 4.65 standard fantasy points over his last four games, and is seriously toeing the line between low-end TE1 and high-end TE2. I believe you can find 12 tight ends with more upside.

What Nick Foles' Performance Taught Us About Fantasy Football

DeMarco Murray: Is The Reward Worth The Risk?

5 RBs That Will Kill Your Fantasy Team