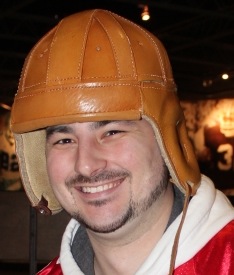 Itâ€™s etched in my mind forever. I can recite this easier than I can my anniversary, the birth dates of my children and my own phone number.

That, of course, is the ultimate cheat code, or often referred to as â€œThe Konami Code". It was the code you entered on Contra for the original Nintendo (yes, Iâ€™m old and you younger gamers are spoiled) to get 30 lives. I never finished Contra without using this code.

If youâ€™ve never played Contra, it doesnâ€™t matter (except we can never be friends). What's important is that this is the most famous cheat code ever created. And Iâ€™m here to tell you that the Konami Code has been entered into our game of Fantasy Football, namely the rushing quarterbacks and how they affect standard scoring.

Most importantly, the code is deciphering the real fake football value of one Terrelle Pryor.

Since 2001, there have been 43 quarterbacks that have had 60 or more rushing attempts in a season. It doesnâ€™t matter how effective they were with those rush attempts, just that they reached the number 60. Thatâ€™s it, not even four rushing attempts on average per week.

35 of these signal-callers (81 percent) finished as a QB1 in that given season, leaving only eight players that did not. Four of those remaining players finished their respective seasons as a quarterback ranked 13th through 17th. In other words, 90 percent were above replacement level in 12-team leagues for the position. The remaining four that didnâ€™t make the cut have a few caveats, however.

Tim Tebow in 2011 finished as the 18th-best passer, and he started in only 11 games. If he maintained his per game average over a full season, Tebow wouldâ€™ve finished as the number nine quarterback that season.

Three players from 2012 made the list, the first being Colin Kaepernick who finished 25th and started only seven games. His trajectory over a full season wouldâ€™ve made him the eighth-best signal-caller. Michael Vick (QB27) played in only 10 games, and extrapolated wouldâ€™ve been the 14th-ranked quarterback. Lastly, Christian Ponder. Period.

So 42 of 43 (98 percent) players did perform above a QB17 pace by just attempting to run four times per game. 38 of 43 (88 percent) were performing at a QB1 level based on standard scoring (not on-the-field performance, weâ€™ll get there). It didnâ€™t matter if you could throw or run it well. It just mattered that you ran.

On a related note, this could arguably make 2012's Christian Ponder the worst fantasy quarterback in history. Sure, there have been worse signal-callers to enter our game, but he used the Konami Code and still failed to see the end credits.

Even though this 43-man list includes players with great passing seasons (2011 Aaron Rodgers ) it proves that rushing matters in and of itself; you donâ€™t necessarily have to be good at all throwing the football. In fact, 19 of them (44 percent) performed below the baseline passing NEP for all quarterbacks from 2001-2012 with at least 150 pass attempts (17.7 passing NEP average per season).

While I understand that Pryor throws a football like heâ€™s playing Yahtzee, this list includes passing behemoths such as Tyler Thigpen (QB10 in 2008 with a -3.49 passing NEP), Quincy Carter (QB14 in 2003, -28.76 passing NEP) and Vince Young (QB9 2006, -47.29 passing NEP). While you can become a mythical being by doing passing and running well (Rodgers), the fantasy football deities donâ€™t care as long as you are running. As you can see from the table above, the more rushing attempts a quarterback has, the worse he is as a passer.

In a game of hypotheticals, letâ€™s assume that Pryor will run the ball 100 times this season. Thatâ€™s not too farfetched considering itâ€™s only 6.25 times per game.

Since 2001, nine quarterbacks have carried the ball 100 or more times (four in the past two seasons). Eight of those nine (and remember Tebow wouldâ€™ve been part of this) finished with a top-12 rank. Seven were top seven or better and five finished as a top-4 quarterback.

Now take a look at the passing touchdown column. Indeed only three of these guys reached 20 touchdown throws. Moreover, the most any of them threw was the 21 that Cam Newton tossed in 2011. Even if Pryor throws less than one score a game and accumulates rushing attempts, he has a serious advantage.

The 2011 season from Tebow is arguably the worst passing season anyone that has watched football has witnessed. In six of his 11 starts, he completed 10 or fewer passes while amassing a 46.7 completion percentage. He topped 200 yards in the air only twice on his way to a horrendous 6.3 adjusted yards per attempt average. All while skipping passes like he had a pile of stones on a river bank.

Believe it or not, he actually had a game (Week 9 vs Kansas City) in which he was 2-8 for 69 yards and still managed 17.06 standard fantasy points because one completion was a touchdown. He added seven carries for 43 yards a score on the ground.

Unbelievably, Tebow actually couldâ€™ve been a better fantasy option if it wasnâ€™t for the Denver defense being so solid that season. The Denver defense kept games close, allowing John Fox and the Broncos offense to protect Tebow and call games conservatively while grinding clock with the run.

The defensive NEP per play metric looks at how many points a defense was surrendering on a per play basis. As you can see, Oakland in 2012 was much worse than Denver in 2011. And that's something that isnâ€™t going to change in Oakland this season. Not only were the 2012 Raiders a near 97 points worse than the 2011 Broncos over the course of the season, but they're probably going to be even more abysmal in 2013. Oakland is paying Richard Seymour, Michael Huff, Aaron Curry, Tommy Kelly and Rolando McClain a combined $38.1 million (dead money) to not play for them this season.

This bodes extremely well for Pryor as Oakland will consistently be chasing points, opening things up far more than Denver afforded Tebow to in Denver. Say what you will about Pryorâ€™s throwing ability and surrounding talent, heâ€™s going to face accommodating defenses and coverage for large portions of the season. Constantly playing from behind, however, also opens the door for exposure.

Pryor's skill set throwing the football consistently provides a defense big opportunities to create turnovers. And while you lose points for interceptions and fumbles in fantasy, donâ€™t worry about it damaging Pryor too greatly.

In 2002, Daunte Culpepper was a turnover factory on historic levels. In his third season as a starter, Culpepper threw 23 interceptions and fumbled another 23 times, losing nine of them. Thatâ€™s 32 takeaways my friends, a loss of 64 fantasy points. He also only tossed 18 scores that year. Do you know where Culpepper finished 2002 as a fantasy quarterback?

Thatâ€™s because 2002 Culpepper appears in the 100-carry club. That season, he rushed 106 times for 609 yards (38 yards per game) and 10 touchdowns. His massive rushing volume and spikes from the run provided 120.9 points for owners that year, 56.9 more points than he gave away to opposing defenses. I can nearly guarantee Pryor wonâ€™t approach the 2002 attempts and yardage totals in the air that Culpepper did that season, as I believe heâ€™s a lousy quarterback, but we can use that turnover-filled campaign in our projection for 2013. Iâ€™ll also use the terrible 2011 Tebow as a passing benchmark.

Even using one of the most turnover filled seasons ever paired with one of the worst passing seasons ever, Pryor would still be worth the 22nd-ranked quarterback last season if he could rush for only 40 yards per week and score on the ground nearly once every three games.

I donâ€™t want to really assume anything, but I think he performs better in all departments - passing, turnovers (albeit not by much) and rushing. If the 22nd-ranked quarterback is near his floor over 16 games, and we already know the incredible upside based on the past 12 seasons of rushing quarterback data, heâ€™s immediately worth an add right now if heâ€™s on your waiver wire.

The true risk doesnâ€™t stem from injury. Pryor (6â€™6 230 lbs) has nearly the same measurables as Cam Newton (6â€™5 248 lbs) and is faster. Newton has had the two highest-volume seasons in terms of rushing attempts by a quarterback in the last dozen years, and hasnâ€™t missed a down. While he may not be bigger and faster than everyone as he was on many football-playing levels (high school and college), Pryor has played this style of game his entire career, knowing how to take hits and protect himself. Iâ€™m not saying that he wonâ€™t get injured running the football, but itâ€™s not something that will factor in my decision-making for playing him in any given week.

The true risk lies within him maintaining the starting job for a full 16 games. Itâ€™s clear to everyone that Oakland isnâ€™t going to contend this season. At any given point, even in a game, Pryor could be pulled in favor of either Matt Flynn or Matt McGloin.

The good news is that all Pryor costs is a waiver add - not much equity at all. Thatâ€™s an addition at the lowest possible cost and with the lowest-expectation return. 12 years of recent history says he has a 98 percent chance of returning above replacement level production.

Pryor is the ultimate litmus test for being able to separate your eyes from your brain. As fantasy football author C.D. Carter reminds us all of the time, fantasy football is a football-based math game, not a math-based football game. The difference may be subtle, but you have to be able spot the difference and exploit a weakness when provided.

5 Players You Have To Bench In Week 1