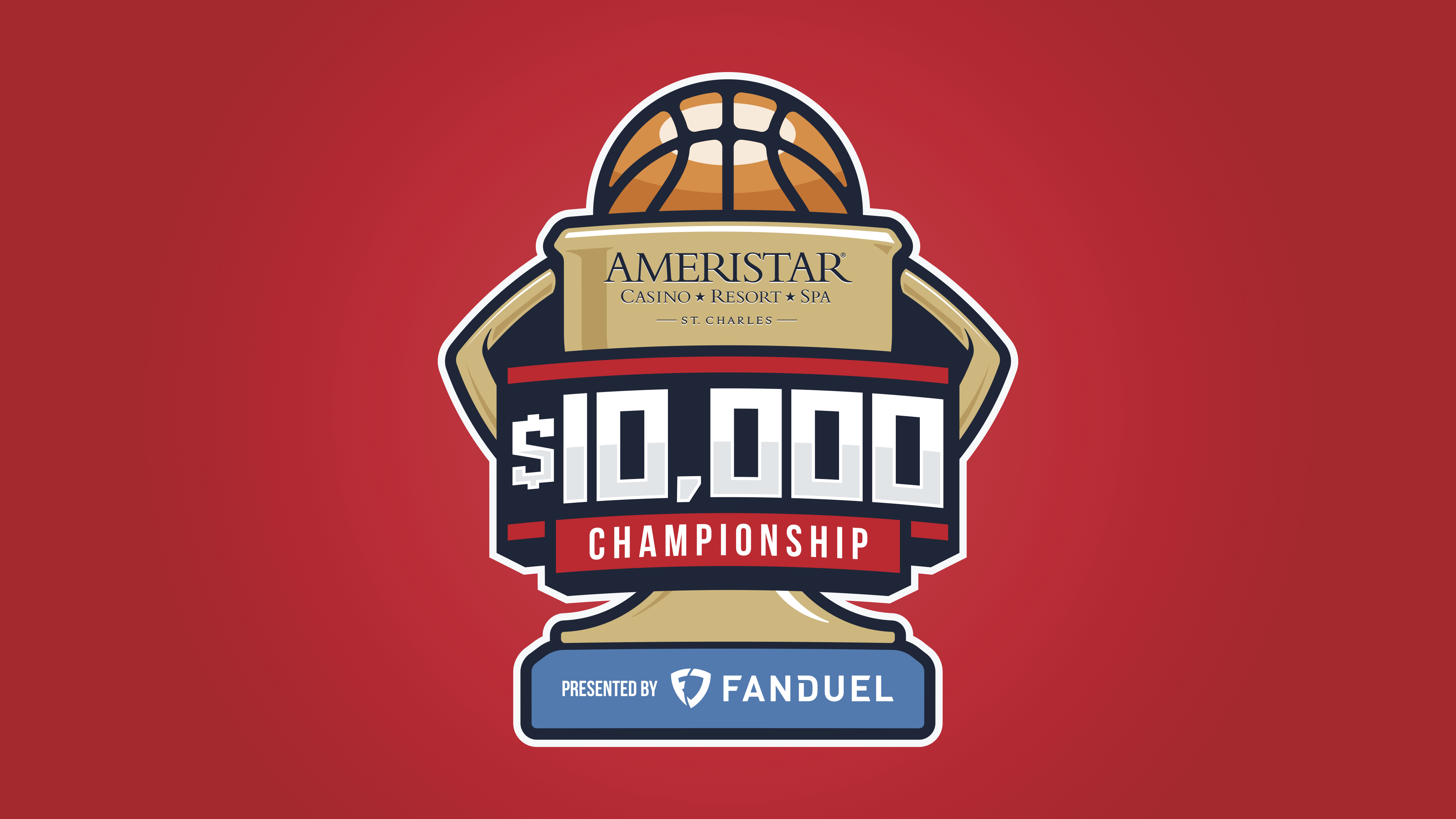 We'll break down the basics of constructing a single-game FanDuel lineup, the game between the Toronto Raptors and the Los Angeles Lakers, and the most relevant players to consider targeting while filling out your lineup.

In a traditional FanDuel NBA lineup, you have a $60,000 salary cap to roster nine players: a center and two point guards, shooting guards, small forwards, and power forwards. Among those nine players, the top eight scores will count toward your team's total.

In the single-game setup, the salary cap is the same, but the lineup requirements are different. You select five players of any position. One of your player selections will be your MVP, whose FanDuel points are multiplied by two. You also select a STAR player (whose production is multiplied by 1.5) and a PRO (multiplied by 1.2). Two UTIL players round out the roster, and they don't receive a multiplier to their production.

This makes the five players you select important in more than one way, as you need to focus on slotting in the best plays in the multiplier slots rather than just nailing the best overall plays of the game.

The Raptors enter this game having won two of their past five games, most recently losing on Monday by 25 points to the Cleveland Cavaliers to end a three-game road trip. In that game, Serge Ibaka was ejected and issued a three-game suspension. This will open up opportunity for other players in the frontcourt, and the two days off will give an ailing team time to heal.

The Lakers snapped a five-game losing streak with a 123-107 win in Chicago on Tuesday. They aren't mathematically eliminated from the playoffs yet, but our algorithm gives them a 0.2% chance to make it to the postseason. This makes their rotation unpredictable on a game-to-game basis, though shutting down Lonzo Ball and Brandon Ingram helps us with minute expectations.

Other notable injuries include Lance Stephenson, Josh Hart, and Tyson Chandler for the Lakers, as well as Kyle Lowry and Danny Green for the Raptors. All are questionable.

Over the past 15 games, the Raptors have a net rating of 5.3, fourth-best in the NBA. The Lakers, meanwhile, are at -8.2, 29th in the Association. As such, the over/under of 232.5 points gives a lot of potential for fantasy points, but the 10-point spread in favor of Toronto could lead to a blowout. That makes all starters a risk, but that's especially true for the Lakers' starters. Stacking the Raptors' starters and the Lakers' bench players is an intriguing angle to the single-game slate.

On a single-game slate, just about every player who can see 15-plus minutes is reasonably viable, but here's the gist on most of the primary players.

LeBron James ($17,000) - James is the priciest player in the pool, but it's for good reason. James has produced at least 49.6 FanDuel points in 10 straight games since the All-Star break. Without Ball and Ingram on the court, James has a 34.9% usage rate and averages 55.4 FanDuel points per 36 minutes, via RotoGrinders' CourtIQ. He'll face off with Kawhi Leonard's defense, but James' floor and upside combo is enticing regardless. The key variable is minutes. If the Lakers get blown out, he could fall well shy of 30 minutes. Leaving him off your roster has merit if you're of the mindset that the Raptors run away with the game.

Kawhi Leonard ($15,500) - Because of a safer minutes projection than what James has, Leonard could easily prove to be the highest-scoring player in this game. His $1,500 savings from LeBron opens up more salary, and he could come in as the lower-owned of the two. Leonard shouldn't deal with rest issues here, as he's been off since Monday. Kawhi has a 30.5% usage rate and averages 49.4 FanDuel points per minute with Ibaka off the floor, elite numbers.


Kyle Lowry ($14,000) - Lowry's usage rate bumps up 2.1 percentage points without Ibaka to 21.8%, and the efficient fantasy producer nets 39.9 fantasy points per minute in that split. The absence of Lonzo Ball, seventh in defensive real plus-minus, should free up Lowry a good bit, making him a stealthy play at an expensive tag.

Pascal Siakam ($13,500) - Siakam's usage rate and per-minute efficiency actually drops a bit without Ibaka, but even with his minutes held in check the past three, he's been good for 29 minutes. Now, Ibaka is absent, so he should cross back into the mid-30s. The Lakers grade out 29th in defensive rating over the past 15 games and 28th in rebounding rate, as well. Siakam is a possible pivot from the top-salaried players and is shaping up as a really strong target.


Rajon Rondo ($12,500) - Rondo tends to show up big-time on nationally televised games, but there's non-narrative reasons to like him, as well. He has played at least 31 minutes in four straight games and averages 35.6 FanDuel points per 36 minutes without Ball and Ingram. If the game stays close, he will likely be a reason why. If you think the Raptors run away with it early, Rondo is a player to avoid.

Kyle Kuzma ($11,500) - Kuzma returned from a two-game absence to play 34 minutes against the Bulls on Tuesday, in line with his usual average. He's been a steady box-score producer for much of the season, and he averages 3.6 more FanDuel points per 36 minutes without Ball and Ingram than he does with them. He's a potential Laker to target whether the game stays close or not, as he should see his usual allotment of minutes.

Marc Gasol ($11,500) - Gasol hadn't cracked 22 minutes in four straight, causing his usual price to drop on FanDuel. He's possesses slate-changing upside, though. Gasol has averaged 41.2 FanDuel points per 36 minutes without Ibaka while in Toronto. Gasol should draw the start in Ibaka's absence and can post a big game against the Lakers' interior defense. He's another option to target if avoiding James and Leonard.

JaVale McGee ($9,500) - There's a big pricing gap from Gasol to the enigmatic McGee. His minutes shot up to 33 against Chicago, when he double-doubled. Without Ball and Ingram, McGee averages 46.1 FanDuel points per 36 minutes, second-most among all Lakers. His savings and ceiling can really help lineups, especially if the Raptors play a lot of Siakam and Gasol, forcing the Lakers to play bigger -- probably a safe bet.

Danny Green ($9,000) - Green can always hoist up threes, but his usage rate sits at just 13.8% without Ibaka, by far the lowest mark of any Raptor with at least 300 minutes without him on the court. He's not generally the right type of per-minute producer (just 0.64 FanDuel points) to chase in a possible blowout.

Josh Hart ($8,500) - Hart is questionable, but if he plays, he could see a minutes boost given the other injuries. Ultimately, he likely will stick around 25 minutes. He averages just 0.68 FanDuel points per minute even without Ball and Ingram (24.3 per 36 minutes). He still has value because of the run he'll get, but he's not an ideal target if you can avoid it.

Kentavious Caldwell-Pope ($8,000) - Even as a bench option, KCP is a surefire target at this salary, based on what we saw last game from him. He jumped to 31 minutes on Tuesday and dropped 24 points on 11 field goal attempts (37.7 FanDuel points). The larger sample has been much worse for Caldwell-Pope, but that high-end production is something not many players in this salary range offer.

Reggie Bullock ($6,500) - Bullock is a somewhat enticing option, especially if you thinkthe Lakers play it close or if Hart and Stephenson miss.. The Lakers' starter projects for around 30 minutes at just $6,500 -- assuming they avoid a blowout. In a start on Tuesday, Bullock was limited to just 22 minutes.

Jeremy Lin ($6,000) - Lin has almost no value if Lowry plays, but if news emerges that keeps Lowry out, then Lin becomes close to a must-play. At the very least, he'd be a must-consider. Without Ibaka and Lowry, Lin has a 26.1% usage rate and averages 28.21 FanDuel points per 36 minutes -- albeit over just 58 minutes of action.

This game can be attacked from a few different angles with the way that it sets up. The most likely outcome is that the Raptors' starters take care of business and get out ahead. That would benefit lineups that feature Toronto starters and Lakers reserves.

However, with that being the obvious approach, the flipside could be a sneaky way to play the slate, centering on LeBron, Kuzma, and Rondo to carry the Lakers to a close finish.

This one comes down to the risk you're willing to embrace and if you think the Lakers avoid the blowout loss.