Duke Johnson a Three-Down Back? Not So Fast. 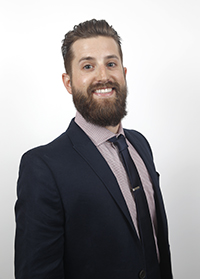 Matt Franciscovich  —  @MattFranchise May 26th, 2016
Share on Facebook Share on Twitter
Duke Johnson is being viewed as a three-down back under the new regime in Cleveland, but fantasy owners should proceed with caution when considering where to draft the second-year runner.

The 2016 season marks a new beginning for the Cleveland Browns in many ways. A new front office and coaching staff has gradually cleansed the roster as far as skill position players go. But one area that has remained static throughout the purge is the Dawg Poundâ€™s backfield.

Cleveland had a league-high 14 draft picks and selected zero running backs in late April, leaving the incumbent committee of Isaiah Crowell and Duke Johnson to carry the load once again.

Naturally, new head coach Hue Jackson has showered his running backs with praise, instilling confidence in his runners by saying they â€œare as good as I've seen in a whileâ€, calling their talent â€œextreme.â€ This coming from a guy who, as the offensive coordinator in Cincinnati last season, watched his duo of Jeremy Hill and Giovani Bernard combine for 2,075 yards from scrimmage and 14 total touchdowns.

In comparison, Crowell and Johnson combined for 1,801 scrimmage yards and just 7 total scores in 2015.

Duke Johnson's average draft position is on a steady ascension according to FantasyFootballCalculator, and a recent report via ESPN stated that the second-year runner is being viewed as a three-down back by Clevelandâ€™s coaching staff. So it makes sense that fantasy fans may believe they're being savvy when snagging a potential feature back late in Round 7 of redraft leagues.

Unfortunately, that outlook might be far from reality. Letâ€™s take a peek at how Johnson fared as a runner in his rookie campaign to see if the numbers are conducive to three-down production in the NFL.

For the sake of context, letâ€™s compare Johnsonâ€™s production in 2015 with another young back who received a similar workload. Charles Sims of the Tampa Bay Buccaneers played a change-of-pace role behind Doug Martin last year and did well enough to finish as fantasyâ€™s RB22 (in standard leagues) on fewer than 160 total touches (keep in mind the attrition at running back last season due to injuries that took some top candidates out of the running).

Hereâ€™s a quick look at Johnson and Simsâ€™ raw stats from a season ago:

According to FantasyData.com, Johnson had more opportunities thanks to a higher snap percentage (50.9 %) than Sims did (41.7%), but he was ultimately less productive for fantasy owners due to fewer total yards and two fewer touchdowns scored.

On the flip side, Johnsonâ€™s 62 receptions were the second-most among rookies in 2015. That kind of reception volume is great if you play in a PPR scoring format, and Johnson could see an uptick in targets and receptions in Jacksonâ€™s scheme this year since the Cleveland's receiving corps is basically four rookies duking it out (pun intended) for targets. So Johnson will be more coveted as a likely target hog for fantasy owners to slot into the RB2 or FLEX position.

That's all fine and dandy, but a different narrative begins to take shape when you look at Johnson's Rushing and Reception Net Expected Points (NEP) results compared to that of Sims:

Despite hauling in nine more receptions than Sims, Johnson recorded fewer receiving yards and ultimately performed immensely worse in both Rushing and Reception NEP, meaning he was less valuable to his team than Sims was despite a strikingly similar workload.

When we expand the view for a more historical reference point, the results grow dimmer. Hereâ€™s a look at where Sims and Johnson rank among running backs who logged between 100-120 rush attempts and saw 40 or more targets dating all the way back to 2000 (26 backs total).

In short, Johnsonâ€™s Rushing NEP last season was historically poor among the 26 running backs who qualify. By the nature of this studyâ€™s specifications, these are pass-catching specialists known for their contributions as receivers rather than rushers. Players like C.J. Spiller (12.79 Rushing NEP in 2011), Andre Ellington (7.01 Rushing NEP in 2013), Dexter McCluster (-2.60 Rushing NEP in 2011), Danny Woodhead (-4.35 Rushing NEP in 2013) and Brian Westbrook (19.19 Rushing NEP in 2003) all fit the bill. To be honest, Sims' second-ranked Reception NEP really jumps off the page here, but that's for another day. Still, Johnson's rank at seven isn't too shabby, either. For the sake of this discussion, though, we're focusing more on the Rushing NEP.

For what itâ€™s worth, Crowellâ€™s Rushing NEP (-10.53) was even worse than Johnsonâ€™s last season. But Crowell recorded 81 more carries so, in essence, his Rushing NEP is expected to be lower due to the higher volume -- the average rush by a running back last year yielded negative expected points, so more volume would equate, on average, to fewer Net Expected Points.

Another red flag from last season in terms of Johnson's capacity as a three-down back was his ineffectiveness as a rusher in the red zone. You might want to grab a seat for this one. And if you're already sitting, grab a trash can in case of an emergency:

A net of negative one (-1) rushing yards in the red zone on 14 attempts is far from an ideal result from a guy being hailed as a potential three-down back. Granted, it's a small sample size, but it's still shockingly meager.

Something positive to take away from Johnson's rookie season in terms of rushing: He improved his performance late in the season when many fantasy owners probably werenâ€™t paying attention. Over the final four games of the year, Johnson averaged 5.5 yards per carry on 29 rush attempts for a total of 161 yards (Johnson averaged 3.6 yards per carry for the season). A solid chunk of those rush yards came in Week 13 against the 49ers when Johnson took 13 carries for 78 yards and followed up with four carries for 46 yards against Seattle the following week, which included his longest run of the season.

Itâ€™s likely that the Browns will commit to the run early on as Jackson attempts to establish his team as a contender in the AFC North under the new regime. Unfortunately, three of Cleveland's first four games of the regular season are on the road. So it may be tough sledding to start, especially for a team in rebuild mode as the players learn a new offense.

Either way, expect Cleveland to balance out itâ€™s 62% to 38% pass-to-run ratio from last season to look something a bit more like the Bengals 51% to 49% ratio in 2015 under Jacksonâ€™s watch. If everything goes accordingly, both Johnson and Crowell should benefit, but if youâ€™re looking to draft Johnson with three-down upside, youâ€™re probably going to be let down when Crowell gets the early-down and red zone touches. Consider yourself warned.