Should Dez Bryant Be Dropped By Fantasy Football Owners? 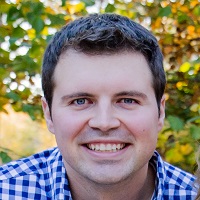 Any guesses as to what the above string of numbers represent? And no, they are not the combination to my high school locker.

Sadly, these numbers represent Dez Bryant's weekly standard scoring fantasy rankings over the previous three weeks. A player many saw as a potential savior to their fantasy season after his quick recovery from foot surgery earlier this year, Bryant has managed only a single 100-yard receiving game and two touchdowns since returning to the starting lineup seven games ago.

With your team's championship hopes hanging in the balance, can you justify reserving a spot in your lineup for him? And to a further degree, can you even warrant keeping him on your roster at this point?

Where Did Things Go Wrong?

Always a premier scoring threat, Bryant took his game to another level last season. Posting a league-leading 16 touchdown receptions and finishing as fantasy football's number four wide receiver in terms of standard scoring, Bryant appeared to have cemented himself as one of the league's elite at the position. Not only did he finish with some of the best fantasy statistics among wide receivers, but we also saw the Oklahoma State product find more success than ever -- at least in terms of his contribution to his team on the field. Bryant finished 2014 a career-best fifth among all wide receivers in terms of Reception Net Expected Points (NEP).

For those unfamiliar with it, NEP is our signature metric. It allows us to help quantify the amount of points a player contributes to his team compared to how he would be expected to perform.

But after suffering a broken bone in his foot in Week 1 and losing, then briefly getting him back, then again losing his starting quarterback for the year, Bryant has shown no signs of life as of late. With Matt Cassel throwing him the ball, Bryant has devolved into a wide receiver that has, at best, been in consideration for a flex spot in deeper leagues.

Over the previous five weeks, Bryant has had four matchups that should have been ripe for fantasy production (we'll give him a pass on his dud of a performance against the stout Carolina Panthers pass defense).

Facing off against the Miami Dolphins and their dreadful pass defense -- they are ranked 31st in terms of our Adjusted Defensive Passing NEP per play metric -- the Tampa Bay Buccaneers (25th), the Washington Redskins (17th) and the Green Bay Packers (15th), Bryant managed to total a mere 13 receptions for 161 receiving yards and a touchdown. Over previous years, we wouldn't have been surprised to see Bryant post a line like this in a single week, yet now this appears to be the norm.

His one outlier performance against the Philadelphia Eagles notwithstanding, Bryant has posted only one other outing over 10 standard fantasy points this year.

So what is at the heart of this lack of production? While we can certainly look to his quick return from injury as a potential factor, the dreadful quarterback play has likely had just as big -- if not bigger -- of an impact.

As we witnessed with Antonio Brown earlier this season, even the most consistent receiver in this league can struggle to overcome bad quarterback play.

But Should We Really Drop Him?

If you're still alive at this point in the season, you've likely taken to benching Bryant by now anyways -- or don't have an amazing supporting cast if you haven't been able to bench him -- but is it really worth cutting him loose?

The answer to this question will vary for everyone depending upon the setup of your league and roster construction, but there's certainly merit to letting him go.

There are a few factors that come into play when making the decision of whether to cut bait with Bryant. While there is always an opportunity cost to holding onto players who are failing to perform -- raise your hand if you missed out on a prime waiver-wire claim because you had to hold onto Christine Michael for his "potential" earlier this year -- that cost is amplified this time of year.

With fewer teams likely paying attention to the waiver wire -- or completely locked out of it depending upon your league settings -- every player you pass on may end up on your opponent's team this week and contribute to your team's potential demise.

Additionally, you want to be stockpiling defenses and matchup plays -- especially if you're a quarterback and/or tight end streamer -- this time of year. Players such as Bryant, who offer you essentially zero value at this point, are just taking up room on your bench. Planning ahead to the next week can allow you to obtain another streaming option or even block your potential opponent from claiming that player next week.

Once the playoffs hit, we need to be looking at recent production more than ever. If we continue to wait for positive regression for under-performing assets, we very well might find ourselves heading home with a loss in the playoffs.

With players like Doug Baldwin attempting to pull off their best Drew Bennett impersonations, it's time to let our biases die. If you have a player on your roster with a lesser pedigree who has been performing, moving them ahead of your slumping star players who are heading into a tough matchup can be the right call.

This scenario applies 100% to Bryant at this point, especially in a matchup with the New York Jets this weekend. If you have room to roster him and there is absolutely no way to improve your roster for this week or next, then, sure, leave him on the bench. But don't be afraid to cut him loose, even if it improves your team only marginally.