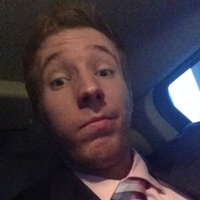 Phew. Week 8 was an interesting week with 8 of our 10 wide receivers finishing in the top 31 in PPR wide receiver scoring. The lone exceptions being Brandon LaFell, who continues to struggle with drops, and Marvin Jones, who was lucky to make it out of Week 8 without a serious injury. I will also admit that I was way too bullish on Jeremy Maclin -- you fooled me once Andy Reid, but I should not have been fooled twice.

Anyway, as Belichick would say, on to  Week 9. Week 9 brings a ton of wide receivers with really good matchups, and it was honestly hard to choose just 10, so just remember, these aren't the only guys with good matchups.

Fantasy points listed are in PPR (point per reception) format.

Alshon Jeffery vs. Jason Verrett - Over the course of the season, Verrett has generally shadowed the opposing team's top wide receiver -- shutting down Calvin Johnson in Week 1 and Antonio Brown in Week 5. While that sounds like quite the feat, Calvin has not played well this season and Brown was playing with Michael Vick in that game. In Week 7, while shadowing Amari Cooper, Verrett allowed him to catch 5 of 6 targets for 133 yards and a touchdown. Then in Week 8, before exiting with an injury, Steve Smith caught 5 of 7 targets for 82 yards while in Verrett's coverage. According to numberFire's metrics, San Diego is the 22nd ranked passing defense which is especially terrible because they are also the 28th ranked rushing defense.

Since returning from injury, Jeffery has finished as a top-five wide receiver in each week and has averaged 131 yards receiving with 2 touchdowns. For perspective on how good Jeffery has been, he is numberFire's 33rd ranked receiver in Reception NEP total on the season and has only played three games (two while 100% healthy). His 10.94 per game average Reception NEP total ranks second behind only DeAndre Hopkins. Let others think that Verrett is a reason to avoid Alshon. We should expect another top performance. He is priced as the eight most expensive wide receiver on FanDuel, and I still think he is under priced.

Julio Jones vs. Tramaine Brock and Kenneth Acker - It may seem like I am constantly targeting the San Francisco secondary, and that is because I am. However, I didn't target them last week because they were facing Tavon Austin, and he proceeded to hit them for 98 yards and a touchdown -- only his second game over 50 yards this season.

Julio had 13 targets last week and is now averaging 15 targets per game when he is not injured. That 15 target average is responsible for 694 yards and 6 touchdowns over his five healthy games. Tavon Austin will be lucky to finish with that total this season. Basically, just fire up Julio everywhere.

Odell Beckham vs. Alterraun Verner, Johnthan Banks and Mike Jenkins - Hopefully Beckham can find it in his heart to forgive me for thinking that Delvin Breaux could slow him at all. In what looked like a healthy game for Beckham, he caught 8 of 9 targets for 133 yards and 3 touchdowns while in Breaux's coverage. Next up, Odell gets the trio of Tampa Bay corners who just allowed Julio Jones to catch 12 of 13 targets for 162 yards and a touchdown. Beckham is going to eat.

Julian Edelman vs. Washington Secondary - Julian Edelman has quietly accumulated more fantasy points than Rob Gronkowski and now draws a secondary that numberFire has ranked 18th on the season. Washington has especially struggled lately -- allowing a top-three finish to Mike Evans and a top-10 finish to Brandon Marshall over their last two games. While this defense is giving up healthy numbers to wide receivers, they are only allowing 5.7 weekly fantasy points to tight ends which makes this more of an Edelman game than a Gronk game.

Antonio Brown vs. Oakland Secondary - Antonio Brown and Ben Roethlisberger's first game back together wasn't very pretty but at least he was able to score a touchdown. Ben seemed rusty in his first week back but now draws a matchup that should allow him and Brown to bounce back in a big way. Oakland is numberFire's 10th ranked rushing defense while also being ranked 29th against the pass. When a team boasts a top ranked rushing offense and a bottom ranked passing defense, it generally leads to them allowing huge passing numbers each week; Oakland has allowed the second most passing yards per game. Now that Pittsburgh is missing Le'Veon Bell we should look for them to pass early and often -- similar to how they played over the first two weeks of the season. Brown lines up all over the field, and he should get ample opportunities to torch this secondary in what should be a fun shoot-out to watch. (Consider Amari Cooper from this game as well).

Dez Bryant vs. Byron Maxwell - There is not much to say about Maxwell other than Brandon Marshall, Odell Beckham and Julio Jones have combined for 314 yards and 4 touchdowns against Maxwell this year. Brandin Cooks, Ted Ginn Jr., Terrance Williams and Pierre Garcon also combined for 305 yards and 3 touchdowns. Maxwell has not played well against any level of competition as an Eagle, and as long as Dez is healthy, he will be able to man handle Maxwell -- especially in the red zone. We should expect a big bounce back week for Dez after he struggled against the Seahawks last week. With all that being said, make sure to monitor his health leading up to this game.

Steve Johnson and Malcom Floyd vs. Chicago Secondary - It will be interesting to see how the Chargers approach the receiver position this week now that Keenan Allen is out for the season. While the Bears do not have a cornerback that is worth avoiding, they allow most of their yardage on the outside. If Ladarius Green is healthy, it would make sense that he regain the slot role he played while Stevie was injured -- pushing Stevie into the Keenan Allen outside role opposite Floyd. Allen was averaging 12 targets per game, most of which should shift to Floyd and Stevie. Even a three- or four-target increase for each of these guys would be a major boost against a secondary that is numberFire's 24th ranked passing defense. (And I know it is cheating to pick two here, but I like them both).

Allen Hurns vs. Antonio Cromartie - While it almost feels like cheating by writing up Hurns as a deeper target, he has not quite pushed himself into the studs category. This week he draws a fantastic matchup against Cromartie, who has struggled lately (he is 31 years old this season). With Darrelle Revis covering Amari Cooper last week, Cromartie allowed Michael Crabtree to catch 7 of 12 targets for 102 yards and a touchdown. With Hurns playing with similar efficiency to Crabtree, we can probably expect a similar performance by him against the weak link in the Jets secondary.

Willie Snead vs. Jason McCourty and Coty Sensabaugh - Snead runs the majority of his routes from the slot and right wide receiver position, which would have him avoiding Perrish Cox for most of the day this week. Cox has been very good this season while the rest of the secondary has not. Drew Brees finally looked healthy last week, and he was absolutely dealing -- Snead finished the day with 70 yards and 2 touchdowns. The major concern is that the Saints will lean heavily on Mark Ingram in this game (Tennessee ranks 26th against the run), but Snead should make the most of the opportunities while Brandin Cooks struggles against Perrish Cox.

Dorial Green-Beckham vs. Delvin Breaux and Brandon Browner - I avoided Delvin for the last two weeks only to watch him give up two top-five wide receiver performances over the last two weeks. He is no longer a concern with this passing defense giving up the fifth most fantasy points to wide receivers. Before you jump off of your couch to run and pickup Green-Beckham, keep in mind that this is the deep stretch of the week. However, Kendall Wright is doubtful, and we have often seen new coaching staff use their talented players heavily in their first games coaching (see: Lamar Miller). If Green-Beckham is starting, then he has a solid shot at a breakout game against this secondary that just allowed Eli Manning to throw for six touchdowns. I am intrigued this week.