World Cup Betting Guide for Friday 11/25/22: Can the United States Beat England in a Crucial Matchup?

How Big Was Malcolm Butler's Interception in Super Bowl XLIX? 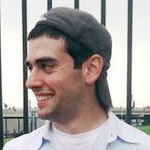 With 1:06 left in Super Bowl XLIX, the Seattle Seahawks trailed the New England Patriots by four points. After just having taken their timeout, Russell Wilson and company lined up at the 5-yard line for a 1st-and-Goal play. Marshawn Lynch powered to the New England 1-yard line for four yards.

Before the play, the Seahawks had a 58.38% chance to win the game. After the play, that jumped to 64.02%. Here were the expected drive outcomes from 2nd-and-Goal at the 1-yard line, with one minute remaining, down four points: 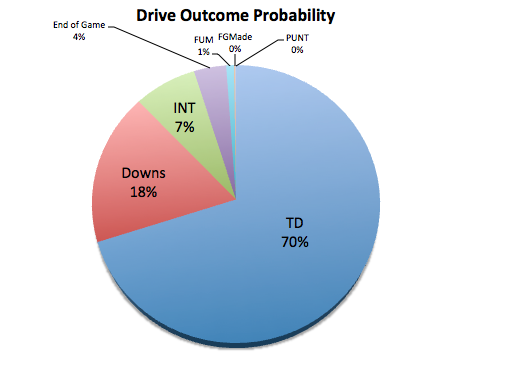 Historically, for teams down between four and eight points with 2nd-and-Goal at the 1-yard line with one minute or less remaining, there are 28 situations since 2000. Here is how those drives ended: 75% touchdown, 14% turnover on downs, 7% end of game and 4% interception. Keep in mind, these end-of-game scenarios have very small sample sizes once you take into account score and time left, so the historical frequencies must be treated with care -- but they do fall very close to our estimates.

Following Lynch's run, the Patriots definitely should have called timeout. The Seahawks were in a goal-to-go situation, so the Patriots had no downside. They could stop the clock twice and potentially get the ball back with 45 seconds to go score a game-tying field goal (or game-winning touchdown) ifÂ the Seahawks did score the go-ahead touchdown.

Back to our win probability. There are any number of things that can happen: touchdown, stuffed run, sack, fumble, incompletion, interception...the list goes on. If the Seahawks score, let's assume the Patriots get the ball with 30 seconds left (though more likely, it would be closer to 45 with proper timeout usage). Our drive-ending probabilities give the Patriots a 4.5% chance to score the game-winning touchdown and a 10.8% chance to score the game-tying field goal. Assuming a 50% chance of winning in overtime, that gives the Patriots a 9.5% chance to win given the Seahawks score a go-ahead touchdown (with 45 seconds, that number is closer to 13%).

A few more things to note:

1. Conversion rates at the goal line are historically lower inside the final two minutes than during the rest of the game. For teams down a touchdown, conversion rates on 2nd, 3rd, or 4th-and-Goal from the 1-yard line are 51.6% since 2000. Inside the last two minutes? That drops to 39.8% (although only 83 plays in the sample versus over 500 for the first query).

2. As mentioned, end-of-game win probability is exceedingly difficult to quantify. Due to the small sample sizes, there are large margins of error. In particular, we are dealing with team-strength adjusted win probabilities, but the model still uses league baselines for the conversion rates and drive outcomes. The two teams in the Super Bowl should both be significantly better than a league-average team.

When developing a win probability model for football, though, we cannot use a curve that is smoothed over score and time like for other sports. Each score differential has to be treated separately and timeouts become a huge factor. The difference between a three point and four point differential is significantly different from a four point and five point differential at the end of the game. Clock management in football is also more complicated than any other sport, adding more intricacy to the model.

3. Keeping sample size in mind, since 2000, there are six games where the team down four points faced a 2nd-and-Goal from the 1-yard line with under a minute remaining. In four of those games, the team won. In one of those four wins, the opponent had a 41-yard field goal attempt for the tie. Twice, the defense won. One of those games had only eight seconds remaining for the 2nd-and-1 attempt, so it probably should not be included. The other was when Bill Belichick and company stuffed Edgerrin James twice and stopped Peyton Manning once on November 30th, 2003.

The Seahawks threw the ball, Malcolm Butler jumped the routeÂ (in what was inaccurately deemed the worst play call in history), and the Patriots win probability went from just over one-in-three to 99.9%.