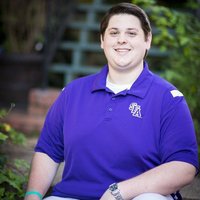 In 2012, many people were jubilated when they were carried to fantasy football glory by then rookie, Doug Martin. Unfortunately, most of those same people were brought down into the depths of fantasy despair the following year after spending a top-three pick on a player who mightily disappointed. I, luckily, was in neither of those categories.

I have not been scorned. There's no sour taste left in my mouth by Martinâ€™s 2013 season, nor is there the sweet joy of victory from his 2012 campaign. It's for this reason I feel I can approach the 2014 season as objectively as possible when it comes to the good oleâ€™ Muscle Hamster.

Six games into the 2013 season, Doug Martinâ€™s year was cut short due to a shoulder injury. While injuries always stink, and you should never, ever wish one on any player, Martinâ€™s may have helped his fantasy owners avoid a tumultuous season in the long run.

Martin finished those six games - albeit, against solid rush defenses - with 127 carries, 456 yards rushing and just a single touchdown. That would have put him on pace for 338 carries on the season, 24 more than league leading LeSean McCoyâ€™s 314. Even if we extrapolate his stats to a full season, which comes out to 32 receptions, 1,392 total yards and 2.5 total touchdowns, he still would have only been about the 18th to 19th best running back in 2013.

You may be saying, â€œWell Sean, thatâ€™s still RB2 territory!â€

To that I would say youâ€™re absolutely correct, except when you realize Martin was extremely inefficient last year and would have amassed that mundane stat line on pure volume. Martin finished 2013 with a Rushing Net Expected Points (NEP) per rush of -0.10, putting him 32nd out of 39 eligible backs (minimum 125 carries). Martin was also able to rack up a total Rushing NEP of -12.64 in the span of those six games. But the stat that scares me away from Martin the most is his Success Rate.

As you know, Net Expected Points measures plays negatively or positively. It gives each and every play, for every player, a numerical value. The Success Rate metric is a way of telling us how effective a player was, taking the total number of positive plays and dividing it by the total number of plays. Martinâ€™s Success Rate was a measly 39.06 percent last season, awful by any standard, and good for 25th out 39 eligible backs.

This poor Success Rate would be the reason for his pedestrian 3.6 yards per carry average last year, which, again, brings us back to the issue of volume. Itâ€™s the only reason he would have finished as high as his stats had him projected, had he finished the season. Most indications are pointing towards Martinâ€™s work-load dropping in 2014, which does not bode well for him.

The Tampa Tribune recently stated that Martin is slotted to receive less touches with Lovie Smith, than he did with Greg Schiano. And itâ€™s not like Lovie has really produced elite backfields anyway, statistically speaking.

Thanks to a table of advanced stats done by Brandon Gdula, who exquisitely provided the flip-side of this Martin argument in early June, we can see Lovie Smithâ€™s backfields only cracked the top 16 in Adjusted Rushing NEP per play three times in his nine years in Chicago. Not to mention, Tampa Bay is fielding an NBA frontcourt disguised as their receiving unit, with Vincent Jackson and rookies, Mike Evans and Austin Seferian-Jenkins. Itâ€™s a valid argument to say they will take red zone opportunities, especially in goal line situations, away from the Buccaneers backfield.

Not only is Martin positioned to receive fewer touches in Lovieâ€™s offense regardless, but new offensive coordinator Jeff Tedford has indicated he fancies a running back-by-committee approach for the 2014 season. Tedford plans on using a mix of Martin, Bobby Rainey, Mike James and rookie Charles Sims to shoulder the rushing load this season.

To quote Tedford and the Tampa Times, â€œI think you have to alternate,â€ Tedford said. â€œI don't believe that one back can carry the load. It's just too physical. I think you probably need to have two to three guys to bring different things to the table.â€

None of that sounds appealing, at least to me. Martinâ€™s current average draft position sits at the end of the second round. And, admittedly, our rankings have him as the 11th-best running back entering the season. Thatâ€™s just too expensive for me. Even if he gets similar touches as previous years, given last yearâ€™s production, heâ€™s still in the low-end RB2 range.

As Mr. Gdula argued, Martin could bounce back. All Iâ€™m saying is beware of the issues and know what youâ€™re getting yourself into. Donâ€™t be upset if Martin doesnâ€™t work out as a reliable starter for you.

Less May Be More for Doug Martin in Lovie Smith's Offense