NFL Betting: When Will the Eagles Lose Their First Game in 2020?

You can view our overall, opponent-adjusted passing and rushing defense numbers on our team rankings page, but here's a breakdown of Success Rates allowed to the various positions across the NFL through Week 3's games. 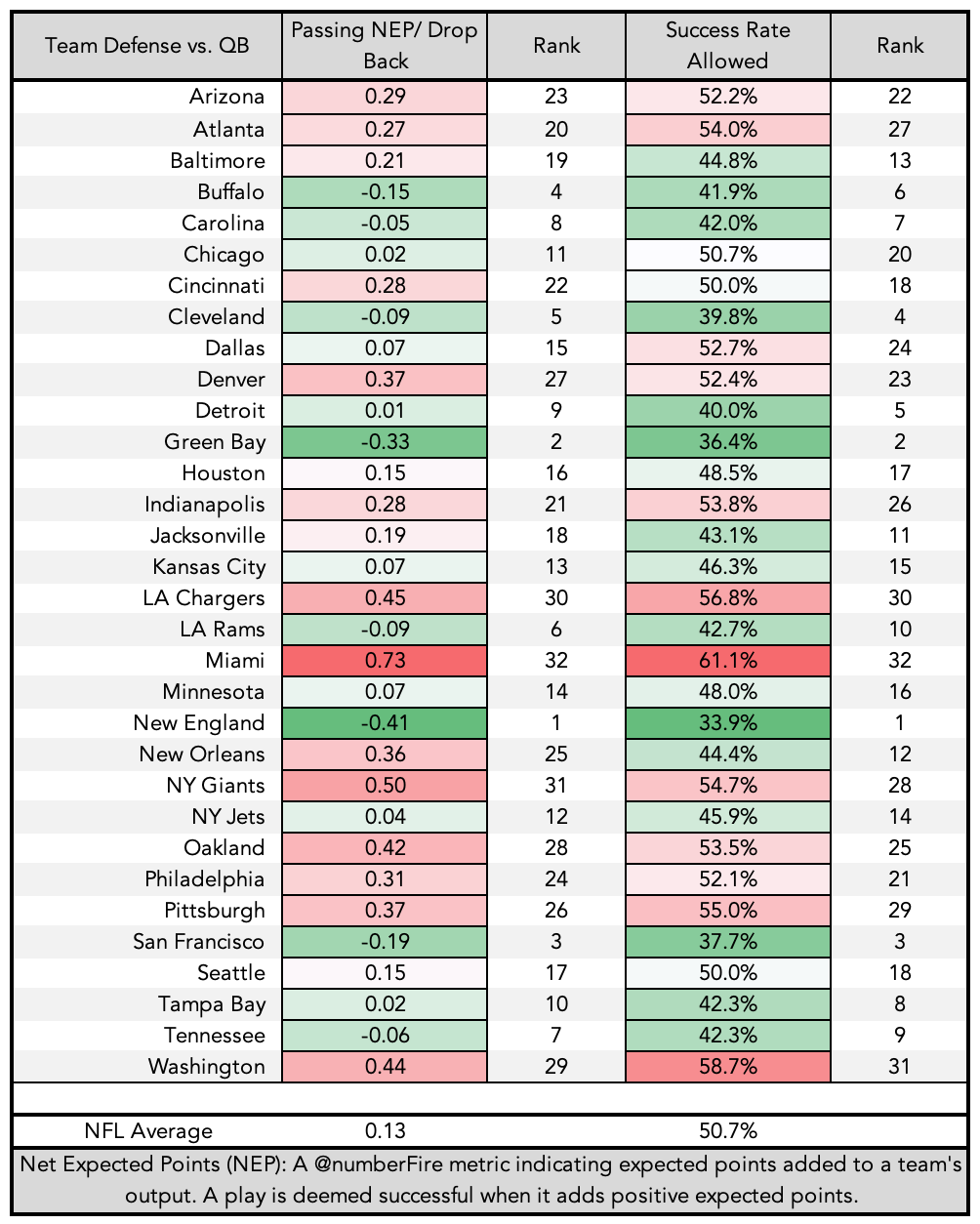 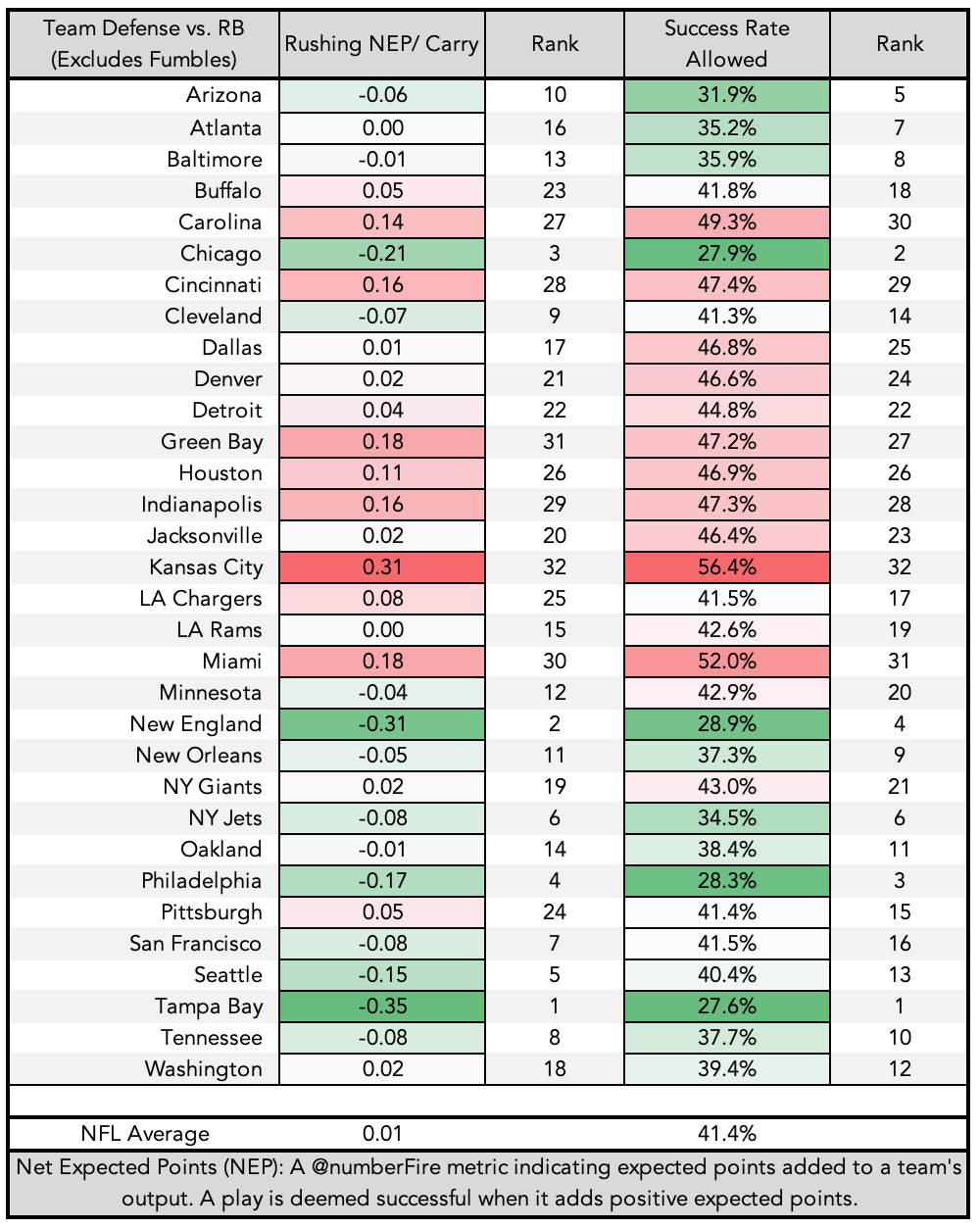 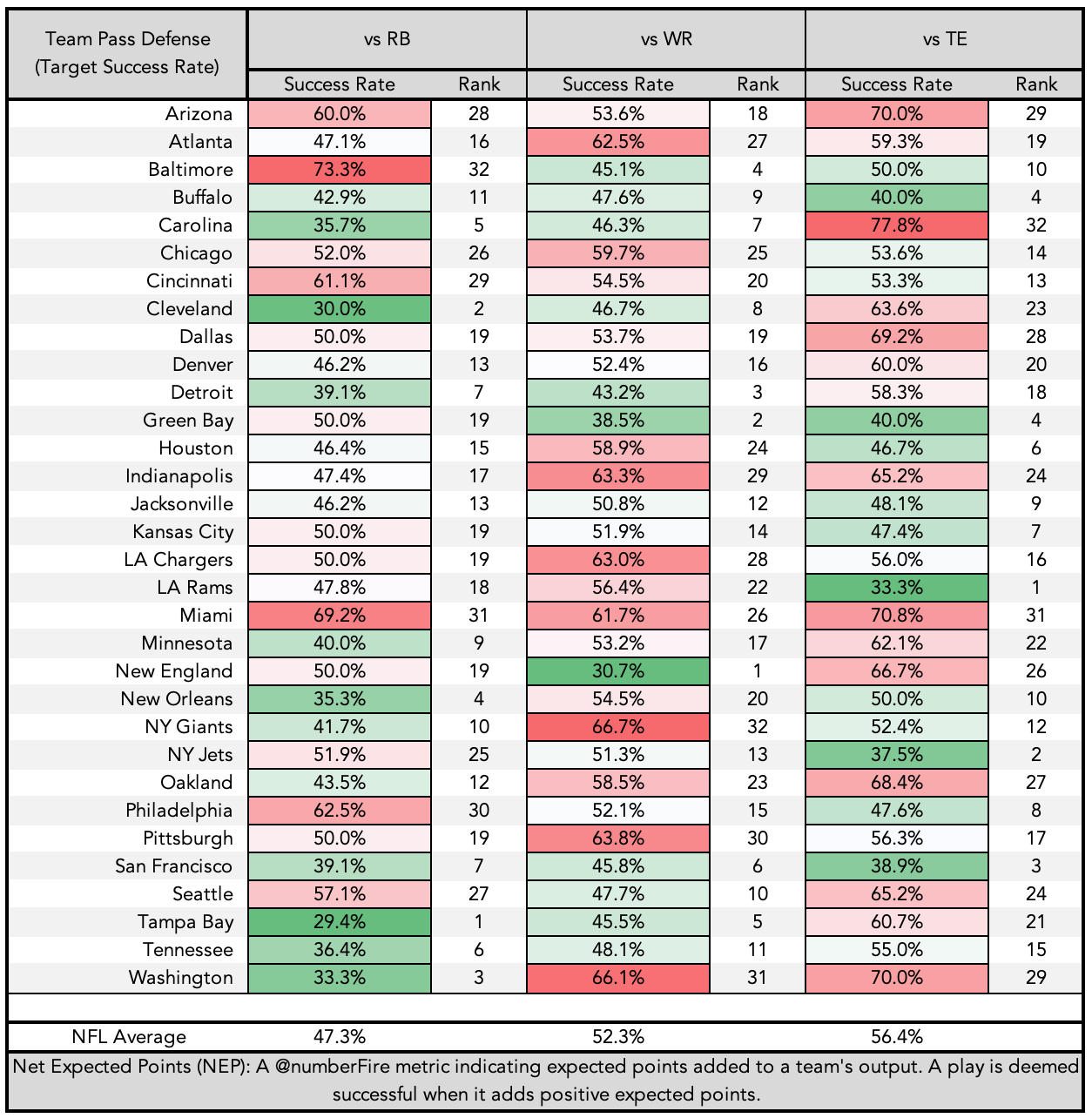