Thursday Night Football Betting: What Does Our Algorithm Say About the Undermanned Packers? 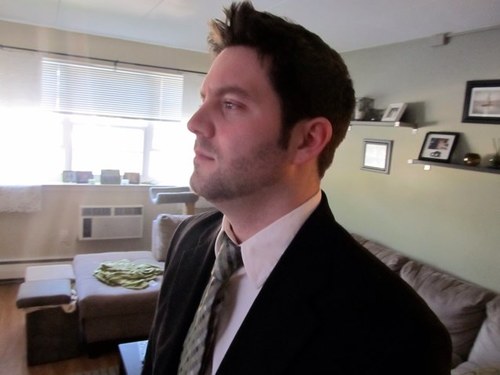 The tight end position is a top heavy one. After the tier of elites, it's a mix of proven veterans, upside candidates, and veterans being phased out.

Among the the non-elite group that seems to be a little undervalued, however, is Martellus Bennett.

Bennett doesn't have a gaudy stat line over his last two years as a starter, but there are some reasons for optimism.

There's some incredible talent in the Bears' passing game, but really, there aren't a lot of mouths to feed in Chicago. Last year, Chicago quarterbacks distributed the ball among four main playmakers in Brandon Marshall, Alshon Jeffery, Matt Forte , and Martellus Bennett. The table below illustrates this.

Earl Bennett is now a free agent, and taking over his role will be second-year receiver, Marquess Wilson, who totaled two receptions last season. Every other skill player on offense had less than 10 targets. Coach Marc Trestman didn't appear to be interested in spreading the ball around or rotating players, and hasn't historically. There are 43 more passes to go around with Earl Bennett now gone.

Letâ€™s see how Martellus Bennettâ€™s receiving numbers compare to tight ends who've had a similar volume of targets (Bennett ranked eighth last year) in accordance with our Net Expected Points (NEP) metric. NEP, in essence, tells us how many expected points a player is adding to his team based on his on-field performance.

The below table shows how Bennett ranked within Reception NEP among the 11 tight ends who had between 70 and 99 targets:

Among the qualifiers, Bennett is third in yardage behind Vernon Davis. Additionally, just 1.57 NEP points separates Bennett from being third in NEP among the qualifiers. Thomas and Davis had consistent quarterback play, while Bennett saw passes from a backup who didn't target him as often in a handful of games. What's important here is that in the contests Jay Cutler played in, Bennett totaled 47 receptions for 549 yards and 3 touchdowns. A 16-game season at the pace equates to 75.2 receptions, 878 yards and almost 5 touchdowns.

Taking into account that Bennettâ€™s catch rate last year was 69.15%, Cutler would have targeted him 112 times over the course of the season to arrive at 75 catches. Under those numbers, Bennett would now be among the tight ends with over 99 targets. The below tight ends fill that criteria.

With 112 targets and 75 receptions, Bennett fits right between Jason Witten (and Jimmy Graham and Josh McCown. Using Bennettâ€™s 0.59 Reception NEP per target rate, we get an additional 8.70 NEP points for Bennett. That brings his adjusted NEP to 64.0, good for the ninth best receiving NEP among tight ends.

In the end, Bennett has all the makings of a value pick. Our metrics see him as the eighth-best option this year at the position.

Week 8 Fantasy Football Start or Sit: It Looks Like It's Tee Higgins Week