Fantasy Football: Will Fuller Isn't Worth His Current Draft Cost 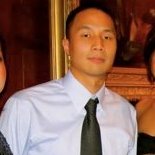 Through just two NFL seasons, Houston Texans receiver Will Fuller has proven to be an explosive playmaker at the highest level of football. Over 24 games, the speedy youngster has produced a pile of highlights with 9 receiving touchdowns, 21 downfield catches (20+ yard receptions), and an impressive 14.1 yard average per reception.

With electrifying 4.32 speed combined with quarterback Deshaun Watson's tendency to throw deep -- first in percentage of 20+ yard attempts (19.16%), fantasy owners have been paying a lot of attention to this exciting duo. According to Fantasy Football Calculator, Fuller's average draft position is in the sixth round in 12-man standard and point-per-reception (PPR) leagues, despite never recording 700 receiving yards in a single season to date.

As studious competitors, we need to go the extra mile and do our homework on potential roster additions. On the surface, this Texan appears to be an exciting asset to invest in with his big play ability, but let's not buy into the hype just yet.

To ultimately win our leagues, most of our picks need to outproduce where they are drafted, so diving deeper into data is key to finding value. Let's take a few moments to look into Fuller's numbers to ensure we are doing our best job toward finding the winning fantasy formula.

Last year, in a torrid four-game stretch with Watson, Fuller caught the attention of the fantasy world by exploding for 83.09% of his fantasy production (using standard scoring), including all 7 receiving touchdowns, on just 22 targets and 13 receptions. Is this level of production sustainable with Watson and Fuller back at it for a full season?

In a study done by our own Brandon Gdula, he conducted research using numbeFire's signature metric, Net Expected Points (NEP), to help project a realistic expectation for receiving touchdowns. By comparing the difference between actual touchdowns and NEP (around 100 NEP = 7.5 touchdowns), he highlighted several candidates for possible touchdown regression in 2018.

Using this method, Gdula found that Fuller, who recorded 43.29 NEP in 2017, should have scored about 2.83 touchdowns, or more than four fewer than his season total. That big of a difference is a troubling sign considering this speedster's touchdown production accounted for 49.29% of his points in standard scoring. For a player so heavily dependent on scoring plays, fewer trips to the end zone will play a significant part in Fuller's future fantasy production.

More evidence of regression can be seen through analysis done by Rich Hribar, as he compared Fuller's inflated touchdown rate per target (1 touchdown per 7.14 targets) to Martavis Bryant's 2014 and 2015 performances. In 2014, Bryant produced a touchdown every six targets (8 touchdowns on 48 targets), but could not maintain this scoring pace the next season, when he dropped to 6 touchdowns despite seeing an increase to 92 targets.

Using this two-year sample size as a guideline, history would suggest Fuller's superb touchdown efficiency is just not sustainable.

With regression established as a real possibility, let's dive further into forecasting Fuller's upcoming season. Using our projections, we have the third-year receiver's season-long numbers at 55.6 receptions, 754.8 receiving yards, and 5.73 touchdowns for a total of 110.4 points in standard formats.

At his current draft position, at the front end of the 6th round of 12-man standard leagues (6.02), Fuller's projected total is shaky compared to his peers. Among the 12 non-quarterbacks being drafted in this round, the Texans' receiver would rank a lackluster 10th, ahead of only rookie Kerryon Johnson and Kyle Rudolph while trailing two other tight ends and Golden Tate (6.03), who has a more than 25-point edge on his fellow wideout, by our projections. In fact, we like every other receiver currently going in the sixth round to exceed Fuller's projected total.

So, you can see that there's much higher floor (and maybe even higher ceiling) players going right after him. That doesn't make much sense now, does it?

Overall, Fuller's fantasy stock is a little too costly. It is easy to fall in love with this playmaker's game, but we must keep in mind we need the most production out of every pick. Pass on Fuller at his current draft position and grab better value!