Fantasy Football: You Should Avoid Rookie Wide Receivers This Year 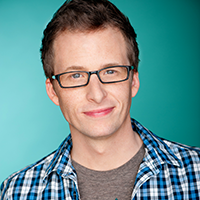 Andrew Fleischer  —  @afleischer Aug 9th, 2018
Share on Facebook Share on Twitter
In recent years, a number of rookie receivers have managed to find fantasy success. Is this the year to opt for the safety of proven veterans over the appeal of young talent?

Believe it or not, we are exactly four weeks away from a regular season game being played in the NFL. That means that we've entered August, the month in which most leagues hold their fantasy drafts. So it's about that time we talk about rookie wide receivers and where they're being drafted in preparation for this year's point per reception (PPR) leagues.

Year in and year out, fantasy drafters become enamored with the newest crop of receiving talent. For fantasy purposes, it is easier to get excited about the unknown ceiling of a new receiver entering the league than it is to pine for the baseline performance that good-but-not-amazing veteran wide receivers have established.

But is that process effective, and is it something to avoid ahead of the 2018 season?

I've written about this topic over the past few seasons, and for the 2017 season I wrote about veteran receivers who would outscore rookies despite a lower average draft position (ADP) than their young counterparts. If we look at how rookie wide receivers fared in comparison to veteran wide receivers with ADPs in the same range, we get a better picture of their draft value.

Below are last year's rookie reeivers with May ADPs in the first 15 rounds, according to the consensus ADP tool at FantasyPros, which combined 12-team PPR results from MyFantasyLeague.com and Fantasy Football Calculator. I've also included each player's total PPR points as well as their points per game for the 2017 season.

Corey Davis -- the fifth overall selection of the Tennessee Titans -- was outscored on a points-per-game basis by two of the four veteran wide receivers who shared a seventh-round ADP. Corey Coleman missed eight weeks of the season with a broken hand, and while he ended up with four fewer total points than Davis, he did outscore Davis on a point-per-game basis. Only Willie Snead failed to outscore Davis in either total points or points per game, after Snead fell out of favor in the New Orleans Saints offense following a four-game suspension to start the season.

The Los Angeles Chargers' Mike Williams was outscored in both categories by all four veteran wide receivers with surrounding ADPs. Though he missed the entire 2017 preseason and the first five games of the regular season due to a back injury, he was barely included in the Chargers' offensive plans upon his return, then proceeded to miss most of Week 12 and all of Week 13 with a knee injury.

John Ross was similarly outscored in both total points and points per game by each veteran wide receiver in his neighborhood. Ross missed the first game of the 2017 season with a knee injury suffered in a preseason game and was then benched after a fumble early in Week 2. He missed Weeks 3 to 7 with a flare-up of his knee injury, returned for six snaps and one target in Week 8, and was a healthy scratch in Week 9.

He was active again in Week 10, earning a single target in six snaps, and after the game was called out by coach Marvin Lewis for giving up on a route. He was a healthy scratch for the remaining games through Week 13, after which he was placed on injured reserve with a shoulder injury, which Marvin Lewis revealed Ross had been hiding from the team. It would be difficult to imagine a more disastrous first season for a rookie wide receiver.

Finally, Zay Jones was outscored by two of the four veteran wide receivers with nearby ADPs, and the two that failed to do so either missed the first 12 games of the season (Josh Gordon) or missed the entire season due to injury (Quincy Enunwa). Jones averaged 53 snaps per game for the season and finished with 0.7 yards per route run (per Pro Football Focus), which was the second-lowest mark among 86 wide receivers with 50-plus targets.

Using the consensus ADP data at FantasyPros, we can look at ADP data across multiple platforms. I chose to filter the data for only drafts from MyFantasyLeague, Fantasy Football Calculator and ESPN.

Currently, the first rookie wide receiver to make an appearance is D.J. Moore, at the 121st overall pick (11.01). Per Pro Football Focus, Moore averaged 2.78 yards per route run (YPRR) in his final season at Maryland -- the same number as Alabama standout Calvin Ridley. Of his targets, 14.9% were of the deep variety (20-plus yards), but he caught an outstanding 66.7% of those passes. Moore accounted for 53.3% of his team's receiving yardage and touchdowns, which puts his college dominator rating in the 97th percentile, per PlayerProfiler.com.

The next rookie wide receiver by ADP is the aforementioned Ridley, at pick 122 (11.02). Ridley was highly rated by NFL draft pundits, and he was ultimately the second receiver off the board.

Ridley lands in a prolific Atlanta Falcons offense and is expected to step right into the third wide receiver role for the team, behind incumbent starters Julio Jones and Mohamed Sanu. The Falcons ran 66 percent of their plays in three-wide-receiver sets last year, which was 24th in the NFL and could certainly hinder the youngster's first-year impact.

Looking at numberFire's season-long projections, Moore is projected to score 119.5 PPR points, while Calvin Ridley projects to score 106.5 PPR points. These are the next four veteran wide receivers with ADPs following Ridley and Moore:

All four are projected to outscore the two rookies.

Next up, we have Anthony Miller, at 152 (13.08), and Michael Gallup, at 159 (14.03). Miller joins a young and ascending Chicago Bears offense under new head coach Matt Nagy. Miller had an impressive 3.47 YPRR in 2017, and his 39.9% college dominator rating is in the 80th-percentile. He'll be competing with Allen Robinson, Taylor Gabriel, and Kevin White for snaps.

It's hard not to like Gallup's landing spot with the Dallas Cowboys. His 3.18 YPRR was the eighth-best mark among draft-eligible wide receivers, and while his athletic measurables don't leap off the screen, he joins a receiving group that is lacking in quality veteran depth behind Allen Hurns and Cole Beasley.

In his situation, Miller is projected to score 126.1 PPR points, while Michael Gallup projects to score 98.5 PPR points for the season.


Here are two veterans going later than both Miller and Gallup, and again, ones who are projected to outscore them despite their lower ADPs:

The final rookie currently in the first 15 rounds is Christian Kirk, at 177 (15.09). Kirk's 2.30 YPRR was only 33rd among draft-eligible wide receivers, and while he functioned primarily out of the slot in 2017, he caught 42.9% of his deep targets, which accounted for 18.8% of his total targets. Behind Larry Fitzgerald, t he veteran wide receiver depth chart for the Arizona Cardinals shouldn't be too daunting for Kirk, as he'll compete with J.J. Nelson, Chad Williams, and Brice Butler, so he could get a chance to produce.

Kirk is projected to score 74.6 PPR points. There are several veteran wide receivers that, by their ADPs, aren't being drafted prior to the 16th round. And by numberFire's projections, they are all candidates to outscore Kirk.

We have three more rookie wide receivers projected to put up significant -- albeit, not startable -- PPR totals for the 2018 season, all of whom have ADPs in the 16th round or later. If you're in a deeper league and looking to draft a rookie receiver with value, these three project to be the rookie wide receivers to target:

At 6'4", 216 pounds, Courtland Sutton is a giant target for Case Keenum and the Denver Broncos, but it's his athleticism that's truly impressive. Per PlayerProfiler, Sutton's size-adjusted speed score of 105.4 is in the 84th percentile, while his 10.68 agility score is in the 97th. He's likely to start the season behind Emmanuel Sanders, but if the rookie continues to build on his strong start to camp, his play could demand an increase in snaps.

James Washington's athletic metrics aren't very impressive (61st percentile speed score and 24th percentile agility score), but his college production was transcendent. His breakout age of 18.4 is a 97th percentile figure, and his 3.48 YPRR in 2017 was the third-highest among all draft-eligible wide receivers.

With the departure of Martavis Bryant, Washington could step right into that vacated third wide receiver spot in Pittsburgh, potentially giving him the best volume opportunity among this group.

Antonio Callaway slipped in the 2018 NFL draft primarily due to off-the-field concerns, after he was suspended for the entire 2017 season at Florida. He is a speedy receiver with a 92nd-percentile 40-yard dash and a 77th-percentile speed score. His average of 6.9 yards after the catch were third-best among returning SEC wide receivers in 2016. However, with his past and a recent citation for marijuana possession and driving with a suspended license (maybe more), he's by far the riskiest among the three prospects.

In deeper drafts, Sutton and Washington are the preferred options at their current ADPs. It's better than spending 11th to 15th round draft capital on a rookie wide receiver. Though they might lack the flash or future potential, there are plenty of veteran wide receivers available in those same ranges, and they should all provide a better return in 2018.