Should You Target Derrick Henry or Dion Lewis in Your Fantasy Football Drafts? 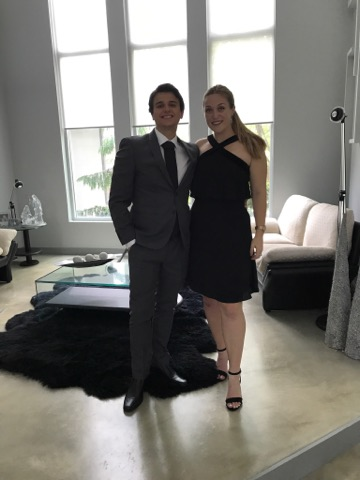 Anthony Forte  —  @afortefantasy Jun 13th, 2018
Share on Facebook Share on Twitter
The debate on whether Henry or Lewis is the Titans back to own has just begun. What do the numbers tell us about their fantasy prospects for 2018?

When the Tennessee Titans released veteran running back DeMarco Murray in early March, the fantasy football was jubilant. Derrick Henry, drafted early in 2016 but trapped in a timeshare for his first two seasons, would finally get his chance to prove himself as a premier running back in a bellcow role. No other back could stop Henry from reaching the potential all too many had hoped to see from him early on.

That feeling of certainty ended a mere five days later. When free agency began, the Titans signed former Patriot Dion Lewis to a lucrative four-year deal to join their backfield. Naturally, Lewis and Henry are expected to work as a tandem for the 2018 season, yet again limiting Henryâ€™s volume and upside.

In real life, the upside for Tennesseeâ€™s rushing attack is sky high. But determining which of the two backs should be on your 2018 fantasy rosters creates an interesting dilemma.

How should we be treating the Titans' dynamic duo in fantasy drafts?

The price tag for having a piece of the Titans' backfield paints an intriguing picture. Finding the best bang for your back is an essential formula to winning a fantasy championship in any league, and the price difference between Henry and Lewis is quite sizable as teams enter minicamps.

Henry is currently going at an ADP (average draft position) of 30, translating to a mid third round selection in 12-team leagues. On average, he is the 17th running back off the board in most drafts, going as high as pick 2.01.

Meanwhile, Lewis is taken at a modest 60th overall through June, and is the 26th running back to be taken, making him available in the late fifth to early sixth round in most drafts. This large discrepancy showcases that the community views Henry as the superior bet to provide his owners with sustained success this season. But is Lewis being unfairly valued for all he brings to the table?

Perhaps the reasoning for the 30-pick gap comes down to the perception that the shifty Lewis will serve as a mere change-of-pace back to the larger Henry. In the past, the 27-year-old Lewis has been viewed as a speedy option that would provide the Patriots with a pass-catching option out the backfield. The constant rotation the Patriots have typically been known to utilize in their backfield seems to generate the idea that some of their running backs are best used for a single primary benefit.

However, underestimating Lewisâ€™ ability tends to be a trend.

Lewis was viewed as a depth option for the Patriots last season, often left undrafted or behind Mike Gillislee, James White and/or Rex Burkhead in redraft leagues. With an uncertain role entering the season, it did not take long before Lewis exploded onto the scene and handled the majority of the carries by season's end. His 212 touches -- 32 catches -- led New England's skill positions. And with zero drops on the season, his reliability in both aspects of the game was on full display.

Catching is far from his only strong point, though. On his touches, Lewis was more than just the Patriots' best option. He dominated on a league-wide level with the ball in his hands, averaging five yards per carry while making defenders look foolish became a Sunday tradition. Lewis ranked first among all running backs in Pro Football Focusâ€™ elusive ranking, which accounts for both missed tackles and yards after contact.

So, clearly Lewis' efficiency comes from opportunities he creates from his own ability, not simply a product of the incredible team he played for.

The table above, with statistics generated from PlayerProfiler.com, showcases Lewis' elite level of efficiency from last season. With a second overall ranking among all running backs in yards created (yards beyond what blockers allow), Lewis shows that he is better than early fantasy drafters are giving him credit for.

Forcing 84 missed tackles on the season in a rotational role is mind blowing. For fantasy purposes, the player who makes the most out of his opportunities, like Lewis, is typically the one to invest in.

What Lewis has done in terms of production, Henry has not. The excitement of seeing Henry in a feature-back role hasnâ€™t always translated to the results both fantasy owners and Titans fans have expected, making his fantasy draft position based more on hope than evidence.

In the final three games of the Titansâ€™ regular season and playoff run, Henry was given an opportunity to spearhead the rushing attack with Murray out with an injury.

The results? Two games with a yard per carry average of less than 2.5, with an amazing 191-yard effort in the wildcard round against Kansas City sandwiched between the two. Through the ups and downs, he was able to produce strong fantasy numbers with touchdown production that salvaged his mediocre game against the Jaguars to the tune of 18.7 fantasy points. But the lack of consistent success during this audition is what likely propelled the Titans to turn to an option like Lewis to help.

Henryâ€™s frame would imply that he would be much more likely to shatter through tackles than the smaller Lewis. However, with only 40 evaded tackles on 188 touches (21.3%), that is far from the case. And given his size, it is Henryâ€™s field vision that has left many questioning his ability to make the most out of every opportunity.

I don't understand Derrick Henry's decision making too many times per game so far... you got a one-on-one with a late filling safety and maybe an LB having to work through trash for an angle, nod it out, attack backside, go get 'em - pic.twitter.com/CqqxsJZLVS
â€” Michael Kist (@MichaelKistNFL) May 28, 2018

Negatives aside, Henry has great speed at a size that is uncommon for running backs in the NFL. Those characteristics are what made him the highly touted prospect he was coming out of Alabama.

He scored five touchdowns during the 2017 regular season and received more goal-line opportunities than his new teammate did in New England. The idea that he very well may be penciled in to be the goal-line back for the Titans is the biggest positive for his value. That, and the fact that he will be only be 24 years old when the season gets underway.

With that said, Lewisâ€™ ability to score in similar situations makes it far from a guarantee that Henry is locked into the role. In two goal-line carries, both against the Jets in separate games, Lewis was able to score on both occasions. He also added three more redzone receiving touchdowns. So, while he did not receive all the looks he may have deserved in the redzone last season that does not guarantee Tennessee will follow suit and use him in the same manner. That adds but another potential pit to Henry's hopes for fantasy relevance in 2018.

Overall, the range between the two running backs should be more heavily contested. There is real potential that Henry's situation has downgraded going into his third NFL season, yet he is being drafted higher than ever before. Until that changes, investing in the cost-efficient Lewis is the route that fantasy players should be looking to in this newly established committee, especially in standard redraft and PPR leagues.

How to Dominate Your Fantasy Football Superflex Leagues

Fantasy Football: How to Spot a Breakout Running Back