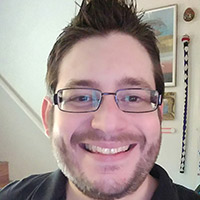 There are a lot of methods available to help evaluate quarterback performance. Aside from scouting reports and the all-knowing "eye test," there are a plethora of statistics, such as yards, touchdowns, interceptions, completion percentage, wins, and even passer and quarterback ratings.

If you took some time to watch the Oakland Raiders take on the Houston Texans during the wild card round, you'd know that Connor Cook failed the eye test.

He hung in the pocket too long without stepping up. He consistently made bad decisions -- from excessively targeting receivers covered by A.J. Bouye, Houston's top cover corner, to throwing the ball up for grabs when he panicked as the pocket collapsed.

To put it bluntly, Cook didn't look like a starting NFL quarterback, and it becomes even clearer when digging into his statistics.

More Than the Eye Test

The eye test isn't a very legitimate evaluation method on its own these days, but turning to the stats mentioned above is also problematic. Many depend heavily on volume, which can vary with different offensive schemes and game scripts.

Sam Bradford set an NFL record with a 71.56% completion rate, but it's tough to say he had one of the best quarterback seasons this year, much less all time. Passer/quarterback rating can have some value, but the formula is arcane and enigmatic -- while it combines a lot of key statistics, it doesn't address the flaws of those statistics. It creates some funny results; Nick Foles is a great example, who owns the third-best passer rating in a season ever (greater than 250 attempts) with his 10 games in 2013.

The NFL's own definition of quarterback rating says that ratings over 100 occur only "in rare cases." However, since 1999, quarterbacks have posted 54 seasons rated higher than 100. That's either a lot of elite seasons or this is a flawed metric.

Since sacks are included, "per drop back" would be more accurate than "per attempt," but that wouldn't make it such a snappy acronym. It factors the most critical statistics and weights them to provide an overall picture of a quarterback's average contribution to the offense every time they drop back.

With Apologies To (and For) Connor Cook

No measurement exists that says Cook played well in his first NFL start.

Looking at his stat line hurts, and when using ANY/A, he threw for less than one adjusted yard per drop back.

That's pretty bad, but how bad was it compared to other playoff performances in NFL history? In order to look at situations similar to Cook's, the below data is limited to seasons since 1999 and a minimum of 28 pass attempts.

Out of 293 quarterbacks, Cook recorded the ninth-worst performance, according to ANY/A.

That's not a club the signal-caller was hoping to join, but he's at least got some decent company. Outside of Ryan Lindley and Brian Hoyer, all the quarterbacks who posted a worse playoff performance either went to a Pro Bowl or won a Super Bowl during their careers. However, it is a little concerning that of those who landed on this list, Lindley's role (short-term backup) and experience entering that particular game are the most similar to Cook.

Of the nine players highlighted, Cook's 40% completion rate -- which was a knock against him coming out of college -- bested only Kerry Collins. To grab some kind of good news from these stats, it's that his ANY/A was the best, with seven quarterbacks effectively losing yards every time they dropped back to pass.

To be fair, Cook's situation was more challenging than any other, as he was the first signal-caller to ever make his first career start in a playoff game. He also had the misfortune of losing Oakland's excellent left tackle, Donald Penn, while facing Houston's third-ranked pass defense, according to numberFire.

Hopefully this game doesn't condemn his future in the NFL (though there are other reasons for concern). It's never fair to judge a quarterback's career (or potential) on one game, which can be seen from the rest of the signal-callers on this list.

Cook faced a situation that nobody else in history faced at his position, but the numbers don't lie -- it's one of the worst performances we've seen in the playoffs from someone under center since the turn of the century.