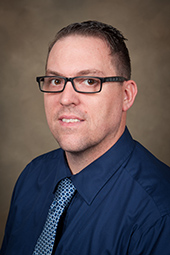 Douglas Smith  —  @DFresh39 Mar 14th, 2018
Share on Facebook Share on Twitter
Everton have better form, but not much more to play for this season while Stoke is on the verge of relegation, making for an interesting fixture.

With only four games on the Premier League schedule for Matchweek 31, this primer will focus on only one match rather than the normal two. All four matches will be on the FanDuel main slate.

Liverpool are the biggest favorite on this small slate while Bournemouth have a slight edge and could solidify West Bromâ€™s relegation. The other two matches, however, are too close to call.

Liverpool players will be targeted as they stick out with limited options. Fitting them into a lineup will not be tough given the other teams playing on Saturday. They are the second-highest scoring team behind Manchester City and are playing a team that has allowed 50 goals. It is a smart play to grab some Liverpool players for your lineup, but that match is not our focus.

There is not a lot of scoring expected in the other games on this small slate, but a 1-1 draw between Stoke and Everton is smart money. However, that does not tell the entire story.

Everton are on better form, but they only have one clean sheet in the last five matches. For the purposes of FanDuel, though, Stoke are on better form. Sorting by points per game will show five Stoke players in the top six, yet the top-five most expensive players are Toffees. Clearly, there is value to be had that can allow room for high-priced Liverpool players.

Aside from keeper Jack Butland, who had three games of scoring over 17 points prior to last weekâ€™s poor showing against Manchester City, Xherdan Shaqiri is on the best form. He scored Stoke's only goal in three straight games against Bournemouth, Brighton, and Leicester. He averages 21 points per match and has set up 20.4% of Stoke's 318 shots this season.

The Everton man in form is Cenk Tosun. It took him several weeks to get adjusted to the Premier League, but he has made an impact recently by scoring a goal in each of his last two matches in the lone striker role.

With Gylfi Sigurdsson out for up to two months, Tosun will be playing in front of Wayne Rooney, who has had a hand in four goals during his last four Premier League matches against Stoke City.

Everton dominated possession between the first head-to-head match, but the number of shots were equal -- Everton had more clearances while Stoke had more tackles.

This fixture should look much the same to start, but Stoke will eventually have to press more given their status in the relegation zone. That adds value to both back lines and defensive midfielders, as there should be more chances for clearances and tackles. When Stoke turns it over, Everton will have a chance to counterattack in a stretched match.

With no player priced above $9,500 and a recipe for an open game, there is plenty of value at bet365 Stadium.

Douglas Smith is not a FanDuel employee. In addition to providing DFS gameplay advice, Douglas Smith also participates in DFS contests on FanDuel using his personal account, username aquemini03. While the strategies and player selections recommended in his articles are his/her personal views, he/she may deploy different strategies and player selections when entering contests with his/her personal account. The views expressed in his/her articles are the author's alone and do not necessarily reflect the views of FanDuel.