UFC Daily Fantasy: The 15 Best Pound-For-Pound Fighters on FanDuel in 2022

Can Connor McDavid Live Up to the Hype? 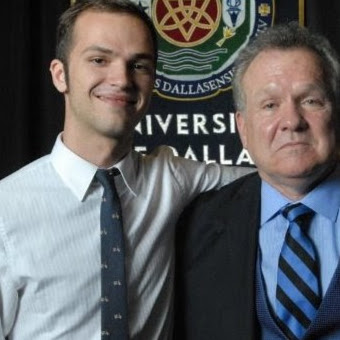 On Friday, July 3rd, Connor McDavid signed a three-year entry level contract with the Edmonton Oilers following his selection as the first overall pick in the NHL Draft.

Many have touted McDavid as the next Wayne Gretzky, or at least one of the next greats of the game, so let's look at some numbers below to weigh the validity of this claim.

First off, let's look at his pre-NHL career numbers in the Ontario Hockey League just over his last season (47 games) with the Erie Otters.

These numbers leave McDavid with astounding averages of 0.936 goals per game and 1.62 assists per game that immediately put McDavid into an elite class of players. Check out how McDavid's numbers compare to those of some other NHL greats over their two seasons prior to their NHL careers.

McDavid's pre-NHL numbers are comparable to those of some of the recent greats, but one factor that distinguishes him from the other great players as he enters the league is his impressive physical attributes. In the modern, fast-paced, and increasingly physical game, strength and power are becoming more and more important.

Per SportingCharts.com data, last season there were an average 24.9 hits per game and an average of 170.5 injuries per team over the course of the season. McDavid, at only 18 years old, boasts an impressive 6'1", 195-pound frame and will surely look to boost his physical presence as the start of the season draws near.

Compare that to the build of Sidney Crosby, who registers 5'11" and 200 pounds, although he is nine years older. McDavid can certainly develop into a physically powerful skater.

In sum, McDavid possesses all the requisite skills needed to become an elite player in the NHL, has demonstrated his ability to deliver results game in and game out in the OHL, and is physically up to snuff with NHL competition.

Once the season begins, we will quickly find out whether or not McDavid lives up to the hype because he will immediately assume a significant role in boosting the performance of a struggling Edmonton Oilers franchise. Last season, the Oilers ranked 28th in our power rankings with a nERD score of -0.97, meaning they were nearly a full goal worse than the league average team.

Additionally, Todd McLellan, who led the San Jose Sharks to six consecutive playoff appearances from 2008 to 2014, comes in as Edmonton's new head coach for the 2015-16 season, and he certainly has the ability to grow McDavid into both an elite and winning player.