Michael Crabtree, the Oakland Raiders, and the Stages of Regret 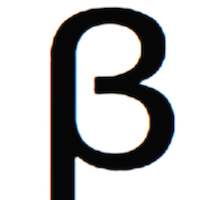 Just like normal people, football teams sometimes make regrettable decisions. The echoed cries of coaches and NFL front offices that lament, "I really wish we ran the ball on 2nd-and1," are no doubt the swan songs in the pantheon of football lore.

One recent head-scratcher was the Oakland Raiders' passing over the highly-touted Michael Crabtree and instead selecting Darrius Heyward-Bey in the 2009 NFL Draft. Curiously, perhaps as an attempt to make amends with past mistakes, the Raiders have signed Crabtree to a one-year, $3 million dollar contract to help fill their wide receiving needs. But does this move really take a skeleton out of the Raiders' closet? Was this the best move they could have made?

It's pretty obvious that Oakland did not get much production from the wide receiver position, and that's especially true through the lens of our Net Expected Points (NEP) metric. NEP is our in-house metric for measuring a player's production. NEP quantifies what a player did and compares it to league-average (or expectation level) production based on on-field variables such as down-and-distance and field position.

To get an idea of where the Raiders' receiving corps stands entering the 2015 season, it's worthwhile to see how they fared in 2014.

The table below is a list of the bottom five teams in terms of average Reception NEP per target among their wide receivers.

Raiders receivers ranked 31st in average Reception NEP per target in 2014. Did the addition of Michael Crabtree actually help?

Let's have a closer look at the Raiders receiving corps.

Here is how the current group fared in 2014 individually.

With the addition of Crabtree, the 2015 Oakland Raiders wideout group is still quite bleak. Further, there's no guarantee that Crabtree will produce the same Reception NEP per target as he did in 2014 because of the quarterback change.

The Raiders were rumored to have been in the hunt for Randall Cobb which would have been a totally logical, totally awesome move to help their receiving corps. Cobb's 2014 Reception NEP per target was 0.94, the fifth highest mark among wide receivers with at least 50 targets last year.

Other options actually may have been more beneficial from an efficiency standpoint, as well. Please wait before you scold us, but Nate Washington has been a consistent contributor in the league during his career. His career Reception NEP per target is 0.74, and he has secured a mark at or above 0.77 in three of the past four years, including scores of 0.79 in each of the past two seasons.

Yes, Nate Washington, at 31 years old, is four years older than Crabtree and is 31, but he's been a solid player throughout his career. Oh, and Washington has never missed a game due to injury. Ever. We seriously can't find one.

Nate Washington signed with the Texans on April 1st -- more than three weeks after Cobb signed with the Packers and definitely enough time for the Raiders to sign him -- not to mention that Washington also signed a one-year deal, only costing the Texans $1 million dollars, as opposed to the $3 million that it took to sign Crabtree.

Perhaps it's the allure of signing a "big-name" wide receiver to inject some hope into the rebuilding Raiders, but Michael Crabtree is by no means a top target wide receiver.

In reality, he's more of an okay receiver, owning a career Reception NEP per target of just 0.65. That means that he may not exactly be a "sorry receiver" as Richard Sherman suggested, but it also looks as though he may not be worth $3 million for one year's use.

But more importantly, he might not be the right piece to help Derek Carr develop into whatever the Raiders think he can become and to get the Raiders on the right side of .500 in 2015.

Signing Michael Crabtree: Is He Actually a Sorry Receiver?