What Is Martavis Bryant's Potential in Fantasy Football? 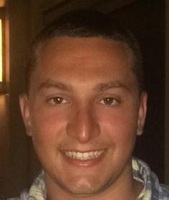 After being inactive for the first 6 weeks of his NFL career, Martavis Bryant finally got the chance to show what heâ€™s capable of in Week 7 against the Houston Texans, and he has not slowed down since. In the 3 games heâ€™s been active, heâ€™s caught 10 passes for 167 yards and a whopping 5 (5!) touchdowns.

While that exact three-game pace canâ€™t possibly be sustained, Bryant does add a new dimension to a Steelers offense that is absolutely on fire right now and isnâ€™t showing any signs of letting up. I will be taking a more in-depth look at Bryantâ€™s numbers to determine if he is a fantasy asset that will continue reaping benefits for his owners or if he is a one-hit wonder that savvy owners may want to avoid.

Steel of the Draft?

Coming out of Clemson, Bryant was seen as a boom-or-bust prospect by most draft pundits. His size-speed combination as a 6-4, 211-pound wideout that ran a 4.42 forty-yard dash at the NFL combine was very intriguing, but his on-field production wasnâ€™t consistent enough to warrant a top draft pick, having only started for one year.

Despite his outstanding 22.2 career yards per catch, competing for snaps and targets with future first-rounders Sammy Watkins and DeAndre Hopkins didnâ€™t afford Bryant the opportunities that couldâ€™ve vaulted him into that class, but the Steelers were thrilled when they scooped him up in the fourth round of the 2014 NFL Draft at pick number 118.

After the pick, ESPN analyst Todd McShay said â€œYou just donâ€™t see many guys like this. This is a GREAT pick for the Steelers.â€ His colleague Mel Kiper Jr. agreed: â€œThe Steelers could have themselves a gem.â€

In short, he provided the Steelers with a weapon that they havenâ€™t had since Plaxico Burress â€“ a huge target who could stretch the field while also being a potential number-one option in the red zone. Being that their top three wide receivers (Antonio Brown, Markus Wheaton, and Lance Moore) all stand under six feet tall, Bryantâ€™s big frame was a necessity.

While fans anxiously anticipating the rookieâ€™s debut had to wait almost half the season to see him in pads, they must be pretty satisfied now and even more excited for the future after witnessing what Bryant can do, even after just three games.

Iâ€™ll admit it â€“ with such a small sample size of actual regular season NFL games under his belt, itâ€™s tough to predict how much of Bryantâ€™s production can actually be sustained throughout an entire season. But he isnâ€™t just having a â€œgoodâ€ couple of games â€“ his recent stretch is on the same level of some of the best pass catchers in the NFL today. Here is how he fares against some of the best in the league according to our Net Expected Points (NEP) metric, which quantifies a playerâ€™s contribution to his teamâ€™s scoring output based on how he performs on each play versus what is expected.

Out of wide receivers with at least 15 targets so far this year, Bryantâ€™s 1.16 Reception NEP per target is the highest in the entire NFL.

We all know that Ben Roethlisberger is not afraid to throw the ball, with an NFL-record 12 touchdown passes in his last two games. Antonio Brown, the NFLâ€™s current leader in receptions, targets and receiving yards, is playing across the field from him, drawing extra attention on every play. If Bryant can supplant Markus Wheaton (0.73 Reception NEP per target through Week 9) as the clear cut number-two receiver, thereâ€™s no telling how much damage he could do against single coverage. Heâ€™s already on that path, and it looks like a star is being born before our eyes.

What Does It All Mean?

There is really only one hindrance to Martavis Bryantâ€™s value, and that is playing time. When heâ€™s on the field, all the guy does is make big plays. His five touchdowns puts him at a tie for 13th-most in the NFL, yet as Iâ€™ve mentioned, he has only played in three games.

While some might see this extremely small sample size as a detractor, I see it as just a glimpse into his immense potential. With a soft upcoming pass defense schedule (against the Jets, Titans, Saints, and Falcons) and a steadily rising snap count, Iâ€™d make sure to scoop him off the waiver wire if he is somehow still available in your redraft league. Iâ€™d also consider him a strong keeper candidate, a must-own in dynasty leagues, and definitely someone to remember when making your sleepers list for 2015 fantasy drafts.

What the Analytics Say About Antonio Brown's Awesomeness