If you're not a member, it takes just a few seconds to sign up. You'll get access to the best projections in the business!

San Francisco 49ers quarterback Jimmy Garoppolo (thumb/shoulder) is not listed on the team's injury report for Saturday's Divisional Round playoff contest against the Green Bay Packers.

Garoppolo will play against the Packers after the Niners' quarterback was able to log limited practices with his shoulder and thumb injuries. In a rematch against numberFire's fifth rated pass defense during the regular season, our models project Garoppolo to score 16.1 FanDuel points.

Tennessee Titans running back Derrick Henry's (foot) status for Saturday's Divisional Round game against the Cincinnati Bengals will be decided on Friday, per head coach Mike Vrabel.

Vrabel said Henry is progressing well and that they have been increasing his workload, so barring any setbacks, it sounds like the Titans will have him back in the backfield on Saturday. Henry hasn't played since injuring his foot back in October.

numberFire's models project Henry for 22.5 carries and 117.8 rushing yards, with 19.6 FanDuel points, in the Divisional Round. The Bengals have the No. 14 run defense in the league, according to numberFire's advanced team rankings.

Tampa Bay Buccaneers running back Ronald Jones (ankle) was present at practice on Thursday, but still listed as DNP on the official injury report.

Jones did some work with a trainer on the side, but he is not expected to suit up for Sunday's Divisional Round game against the Los Angeles Rams. Leonard Fournette (hamstring) is expected to return and resume workhorse duties for the Buccaneers.

numberFire's models project Playoff Lenny for 15.0 carries and 3.8 catches with 13.7 FanDuel points on Sunday. He has a $7,000 salary for the Divisional Round.

The Buccaneers aren't required to include Fournette on the official injury report because he is still on injured reserve, but he is trending toward returning for Saturday's Divisional Round game against the Los Angeles Rams. Giovani Bernard (hip/knee) and Ke'Shawn Vaughn will split backfield work again if Fournette winds up not being available.

numberFire's models currently project Playoff Lenny for 15.0 carries and 3.8 catches with 13.7 FanDuel points on Sunday. He has a $7,000 salary for the Divisional Round. 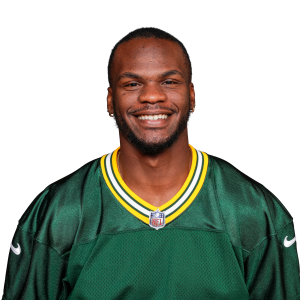 Marquez Valdes-Scantling (back) doubtful for Packers

Valdes-Scantling injured his back early in Week 18 and it looks like he will be unavailable for the second round of the playoffs. Allen Lazard and Randall Cobb figure to soak up most of Valdes-Scantling's would-be targets on Saturday.

numberFire's models project Lazard for 5.3 targets and Cobb for 4.8 targets versus the 49ers. Davante Adams is expected to lead the Packers with 11.3 targets.

Tampa Bay Buccaneers running back Ronald Jones (ankle) did not practice on Wednesday.

Jones injured his ankle in Week 17 and there hasn't been any indication that he will be back for the Divisional Round against the Los Angeles Rams on Sunday. Leonard Fournette (hamstring) is expected to play and resume lead back duties for the Buccaneers as they look to advance to the next round.

numberFire's models project Playoff Lenny for 15.0 carries and 3.8 catches with 13.7 FanDuel points on Sunday. He has a $7,000 salary for the Divisional Round.