Ian Rapoport of the NFL Network believes that the Dallas Cowboys will not trade for New York Jets safety Jamal Adams until the team gets quarterback Dak Prescott under contract.

The Cowboys were in a notably precarious position entering this offseason (and even last season) when it came to handing out contracts, and with Prescott still unsigned, it makes sense that the team's reported interest in Adams from last year's trade deadline has subsisted somewhat. Adams and the Jets have had one of the most tumultuous contract negotiations of the offseason, and it appears this will continue for some time.

If the Cowboys can get Prescott under contract quickly, it would make sense for the team to trade for Adams, who has posted elite PFF grades of 87.9 and 89.8 in each of his previous two seasons. In addition to providing top-notch coverage in his time with the Jets (he allowed just 4.9 yards per target when targeted in 2019), Adams also offers upside as both a pass-rusher (6.5 sacks in 2019) and as a run-stuffer (10 tackles for a loss). 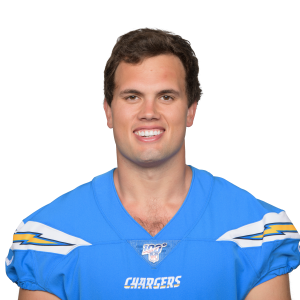 There were rumors early in the offseason that the Chargers might let Henry walk, but the team did eventually label him with the franchise tag. Henry is one of the top tight ends in the league when healthy, and will be a valuable asset for both of the Chargers' two top quarterbacks.

numberFire projects Henry for 66.84 receptions, 730.80 receiving yards and 5.82 receiving touchdowns in 2020, good for a finish as their TE6 on the season. Even in an injury-dampened 2019 season, Henry still graded out as PFF's 11th-best tight end, and is now another year removed from the ACL injury that held him out of the 2018 season. Mike Reiss of ESPN reports that the New England Patriots could ask 2019 second-round pick Joejuan Williams to become a "jack of all trades".

Williams played on just 80 defensive snaps in his rookie season in the Patriots' stacked secondary. Each of the Pats' three starting cornerbacks ranked as top-20 finishers in PFF grades. With all of Stephon Gilmore, Jonathan Jones, Jason McCourty, and even J.C. Jackson returning, it makes sense that the team could ask Williams to learn other positions.

Though he saw very limited action on defense, Williams did play well when called upon. He allowed just 4.6 yards per target on 7 targets, and while he did not play enough snaps to qualify in PFF's end-of-year rankings, his coverage grade of 69.5 would have ranked fifth-best among all rookie cornerbacks. The Patriots' secondary projects to remain one of the strongest units in the league in 2020.

Bob Condotta of the Seattle Times reports that the Seattle Seahawks "intend" for running back Chris Carson to remain one of the team's primary offensive weapons in 2020.

He goes on to note that the team was looking for depth behind Carson when they signed Carlos Hyde and while they were considering signing free agent Devonta Freeman. Carson has been a top workhorse in the league when healthy, but health has been a concern in Seattle's running back group over the past several years.

Carson broke a whopping 34 tackles in 2019 on his way to accumulating over 1,400 yards from scrimmage. Hyde's signing would imply the team is more worried about Rashaad Penny's availability than they are about Carson's play, so Carson's workload in 2020 should be relatively secure. numberFire projects the workhorse for 255 carries, 1,128 rushing yards and just over 7 touchdowns this season.

Harris was a solid pickup for the Browns in the fifth round of the 2020 NFL Draft, boasting multiple years of starting experience and an ability to play anywhere on the interior. He'll get to learn behind Browns starting center J.C. Tretter, who was one of the lone bright spots on the team's line last season, but could also fill in at guard in a pinch.

Harris made four starts as a guard as a true freshman for the Washington Huskies, and enters the NFL at just 21 years of age. He has a ton of experience for someone his age, and graded out well as a pass-blocker according to PFF. The Browns offensive line could look much better in 2020.

According to Silver, Hyde played through most of last season with his injured shoulder including both postseason games. The veteran back should be in line for committee role if Chris Carson is not healthy enough to play in Week 1's regular season matchup against the Atlanta Falcons.