What Should We Expect From Nicolas Batum in Fantasy Basketball This Year? 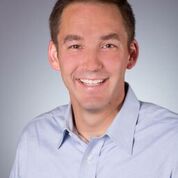 If the preseason can tell us anything, itâ€™s that Nicolas Batum looks primed and ready for the increased role heâ€™ll have in the Charlotte Hornets' offense this year.

Acquired in a trade from Portland, heâ€™ll be looking to improve on a disappointing season by his standards. Thus far he hasnâ€™t disappointed in six preseason games, sporting a 25.7 percent Usage Rate and getting off 4 three-point attempts in just 24 minutes per game.

When Josh McRoberts departed in free agency before last season, Hornets coach Steve Clifford turned to Lance Stephenson to potentially be the key cog in the offense. That clearly didnâ€™t work out, and Charlotte sent Stephenson packing this offseason, looking to wipe the slate clean to some degree.

With Batumâ€™s acquisition and the Frank Kaminsky selection in the first round of the NBA Draft, the Hornets offense may end up looking very similar to how the Orlando Magic once did with small forward Hedo Turkoglu orchestrating: big man, (Al Jefferson) like Dwight Howard down low, with four guys on the floor who can all shoot from the perimeter.

Last season was one to forget for Batum.

After two strong seasons prior, he struggled mightily shooting the ball. He shot just 40 percent from the field and 32 percent from three-point range, making it a pretty easy call to unload him as Portland was looking to rebuild.

But despite the struggles, Batumâ€™s averages of 9.4 points, 5.9 rebounds and 4.8 assists per game donâ€™t appear so bad on the surface level. However, thinking back to last season, there were certainly times that he seemed almost radioactive as a daily fantasy play, no matter what his salary was.

The main reason for this was streaky and inconsistent play. Itâ€™s hard to tell by looking at the splits, but the game logs bear a different tale.

For example, in the 25 games that stretched over December through January, Batum only reached double-figure scoring totals in 8 games, and scored at least 15 points only twice. Couple that with the fact that he eclipsed 7 rebounds just 5 times during that same span, and clearly, he became a player to avoid.

He still was able to show his effectiveness when he could get the three-pointer to fall, however. He scored 15 or more points in 16 of his 71 contests and hit at least 3 three-pointers in 14 of those 16 games

His minutes never really fluctuated during the course of the season, so injuries or being supplanted in the lineup couldn't be used as potential excuses. He simply needed to play better and make more of his opportunities.

Thereâ€™s a very high likelihood that Batumâ€™s averages across the board will spike, although signs point to his points per game and volume of three-pointers being the two biggest statistical increases.

From a season-long and rotisserie perspective, his field goal and free throw percentages are strong, and he can stuff the stat sheet without scoring a lot.

He's our 40th-ranked fantasy player this season, and he's projected for 13.3 points per game on 43.3 percent shooting from the field, with 1.4 three-pointers made, 6.6 rebounds, 4.1 assists, 1.0 steals, and 0.5 blocks. Given his situation and opportunity, though, he could perform even better. His consistency issues make him a risky daily fantasy play early on in the season.