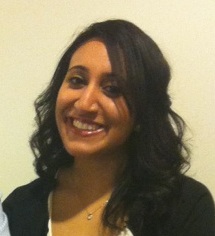 Excuse Chicago Bulls fans for bit; there were a few magical moments this off-season where they thought they were going to have two super All-Stars on their team. After LeBron James jumped ship in Miami, Bulls fans hoped this could persuade â€˜Melo to run with Derrick Rose and the Bulls this season. But their bubbles were soon popped when Gasol announced this weekend that he would be moving to the Windy City, effectively ruling out any possibility of bringing the New York all-star to Chicago.

This is a storyline Bulls fans are far too familiar with: In 2006, they were gunning for then Minnesota star Kevin Garnett, and ended up with the aging Ben Wallace. And just four years ago, they were trying to get their hands on any of the Big Three and instead gave a big contract to an underwhelming Carlos Boozer (who would go on to be the cityâ€™s worst nightmare).

Itâ€™s not all bad news, though. By signing Gasol to a three-year, $22 million contract, Boozer will likely be amnestied or sent in a sign-and-trade deal very soon. And after the city finishes mourning their â€˜Melo prospects, theyâ€™ll realize that adding Gasolâ€™s scoring ability and defensive prowess made the Bulls a better team. Hell, they may even have an offense this year.

The 34-year-old Spaniard has had quite the career, averaging 18.3 points per game, 9.2 rebounds and 3.3 assists over 13 seasons with Memphis and the Lakers. Last season in Los Angeles, Gasol averaged 17.4 points and 9.7 rebounds in 60 games.

Scoring has been a problem for the Bulls since Michael Jordan left, so Gasolâ€™s veteran play will be a definite boost for the team. He hits a solid mid-range shot, shooting nearly 42% from both the 10-14 foot and 15-19 foot range, and can be a force in the paint as well. His ability to stretch the floor could spark the lagging Bulls offense, especially by giving perimeter players open looks (which they haven't seen in quite some time). In addition, both Noah and Gasol are two elite passers for big men in the league from both the high and the low posts. Gasol averages 3.3 assists per game and 4.8 per 100 possessions.

The Bulls have been without a true consistent offensive facilitator since Rose's injuries, contributing to their measly 93.7 points per game last season - the worst in the league. While Gasol isn't known for creating his own shots, 56% of his shots in the paint were unassisted last season, compared with 45.5% for Noah and 39.6% for Boozer. This slight difference in the offense could have made a drastic impact against the Wizards' Marcin Gortat and Nene frontline in last year's playoffs.

Gasol will also (hopefully) let Tom Thibideau play his game. Coach Thibideau struggled with Boozer because Boozerâ€™s strength on offense came with a price: no defense whatsoever. The team battled with subbing Taj Gibson in for Boozer when they needed stops, sacrificing points on the offensive end and continually disrupting the flow. Gasol, however, can be relied on for both offense and defense. Although his game is offensively tailored, Gasol still brings better protection under the rim that was non-existent with Boozer. Admittedly, his defense was subpar in L.A., but optimists hope that's a product of his environment rather than his skill.

Still, it's not all dandy with Gasol. He has been injury-prone lately, sitting out 55 games the last two seasons due to various ailments from vertigo to knee issues. The last thing the Bulls need are more players with knee issues. But, it's the risk you take when betting on a 34-year-old veteran. Overall, though, with Gasol on the floor, the Bulls are a better, more efficient squad, boosted especially on offense. While his health and longevity remain uncertain, his finesse in the post, success with both hands on both blocks and elite passing, Gasol is a pretty solid consolation prize for the Bulls.