How Should the Celtics Build for a Successful Future? 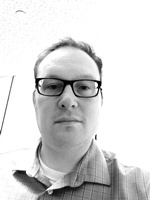 The Boston Celtics are in the midst of their worst year since the 2006-2007 season where they were 24-58. You may recall that the Celtics were built around Paul Pierce at that time, but he only played the first 47 games of the season. Boston was forced to rely upon Rajon Rondo during his rookie season and a young Al Jefferson as a result.

In the following offseason, the Celtics acquired Kevin Garnett and Ray Allen, winning an NBA championship with the core four: Pierce, Rondo, Garnett and Allen. The Celtics managed to remain competitive through 2011-2012 with one repeat trip to the NBA Finals, where they lost the Los Angeles Lakers.

Last offseason, however, the team decided to start over. They brought in a new coach and traded away the heart and soul of their team in Pierce and Garnett. That left a pretty bare cupboard, and an injured Rajon Rondo. Now, the Celtics are in the midst of a rebuild. This season, Boston has amassed a record of 23-48, and, per the numberFire power rankings, are the 26th-best team in the NBA.

Similar to 2006-2007, the Celtics are at a crossroad and must determine how they are going to build a championship contender again. The main questions now become: What route will they take to rebuild? And how fast can the front office turn them back into a contender?

The easiest route for a rebuilding team is to spend through free agency. Itâ€™s also easier to acquire a known commodity as opposed to building through the draft where itâ€™s hard to predict what a rookie will become in 2 to 3 years. This summer, there will be a number of tempting unrestricted and restricted free agents available.

The list includes, among others, Carmelo Anthony, Lance Stephenson, Chandler Parsons, Gordon Hayward and Eric Bledsoe (the latter three being restricted free agents). To me, the name that leaps off the page is Hayward. Heâ€™s a bona fide star in the making, and has ties to the Celtics current head coach Brad Stephens. Youâ€™ll recall that he played for Stephens at Butler University.

The Celtics could really use a young building block like Hayward and although there is always the risk that Utah would match any offer the Celtics make, it would still be worth the effort. You could make the same argument for Stephenson although I donâ€™t know why he would leave the Pacers and that situation for the Celtics. As for the others, any of them would help the Celtics but there doesnâ€™t seem to be any rumors or likelihood of them ending up in Boston.

The other possibility is executing a trade for Rondo and/or Green. Trading one or both of these players could yield a little value via draft picks and/or expiring contracts. Danny Ainge (president of basketball operations for the Celtics) has executed trades in the past that have greatly boosted the Celtics as a team, and Rondo and Green (both 27 years old) still have significant value in the NBA marketplace. Another reason that the Celtics might consider moving Rondo or Green is that there are some very good PG and SF prospects in this yearâ€™s draft. In addition, both players have relatively friendly short-term contracts (one year and two years left respectively going into next season). Rondo, in particular, would have interest in the marketplace.

There are some situations that would seem to warrant a look for Rondo. For example, Portland should be interested in someone like him - the Trailblazers haven't locked up Damian Lillard, as heâ€™s still under his rookie deal for a few years, which means his relative cost is modest and heâ€™s only 23. The Celtics should like that as a potential swap, and the Trailblazers should be interested in acquiring a veteran point guard to lead that team further into the playoffs. Plus, Rondoâ€™s strength is defense and Lillardâ€™s is not.

You would think that, if the Trailblazers threw in another player like Thomas Robinson and maybe a future draft pick, such a deal would work assuming Rondo is willing to sign a long-term deal with the Trailblazers.

Another possible destination could be the Houston Rockets, as they need an upgrade at point guard. Rondo should be able to co-exist with James Harden since heâ€™s not a score-first point guard. The Rockets have picks to trade and young talent to trade back too (e.g. Omer Asik). The problem might be money though, as itâ€™s not certain that the Rockets are willing (or capable) of spending big for another player like Rondo.

Building Through The Draft

If the Celtics decide that they are going to keep Rondo and build around him, then the draft becomes their best avenue for a championship team. This yearâ€™s draft is loaded with a long list of talented players including, among others, Jabari Parker, Joel Embiid, Andrew Wiggins, Julius Randle, Dante Exum and Doug McDermott (this list includes certain underclassmen who may or may not declare for the draft). I wouldn't say that another LeBron James is sitting in this draft waiting to be selected, but there are a number of players that could achieve All-Star status over the next few seasons. Most importantly, the Celtics have two first-round draft picks in 2014 and in 2015. Thatâ€™s one-third of an active basketball roster in the NBA.

Of course, as everyone knows, the draft is fraught with uncertainty, and it's difficult to say what the Celtics will or will not become based on draft picks alone. However, you could say that, if the Celtics are lucky enough to draft one of the top five players this year along with a mid- to late-round first draft pick and play them with Rondo, Jeff Green, Jared Sullinger and Kelly Olynyk, they may have something to build off. Extending Avery Bradley would also be beneficial since heâ€™s only 23 and has shown NBA ability this season.

What Should They Do?

Nothing is guaranteed no matter the path the Celtics take. If you look at the current roster, there are probably five players that have some certainty of continuing to be successful at the NBA level: Rondo, Jared Sullinger, Green, Kelly Olynyk and Bradley. Clearly, they need increased depth and another prime time player to compete at a high level.

Unfortunately, the best path forward is to probably find a trade partner for Rondo and take back younger players and draft picks. That gives the Celtics two more years to trade or play out Green and Gerald Wallaceâ€™s contract, all while completing a total rebuild around younger players. They may get lucky with one or two building blocks in this draft and, as mentioned, they have two more first-round picks in 2015.

Although it will probably be a painful process for Celtics fans to endure, they could be in a very good position by the time the 2015-2016 season rolls around if they trade Rondo and build through the draft.