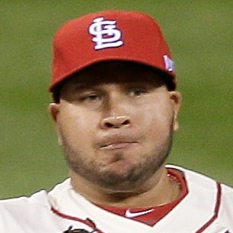 Peralta was signed to a minor-league deal by the Red Sox on June 23, but struggled in Triple-A, hitting just .200 in 41 plate appearances. The 35-year-old started the season with St. Louis Cardinals but was released on June 13. This could be the end of the road in Peralta's 15 year MLB career.