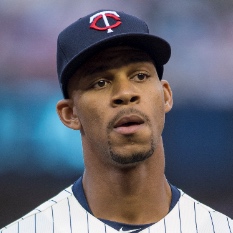 Minnesota Twins outfielder Byron Buxton is not starting in Wednesday's contest against the Los Angeles Dodgers.

Buxton will take a break after Tim Beckham was chosen as Wednesday's starting designated hitter.

According to Baseball Savant on 204 batted balls this season, Buxton has accounted for a 17.2% barrel rate and a .362 expected weighted on-base average.