San Diego Padres infielder Jurickson Profar is in the starting lineup for Wednesday's game against the San Francisco Giants.

Profar will start in left field on Wednesday and bat sixth versus right-hander Logan Webb and the Giants. Matt Beaty moves to the bench.

numberFire's models project Profar for 8.4 FanDuel points on Wednesday. His salary is $2,800. 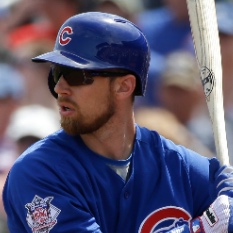