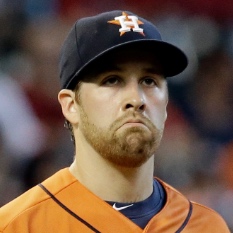 McHugh was recovering from a right elbow procedure that cut short his 2019 season, and it was announced he was still rehabilitating it last week. It seems as though the process was lengthier than originally projected, as his arm isn't quite where it needs to be for him to play in this pandemic-shortened 2020 campaign.