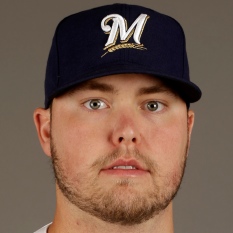 Dodgers' Jimmy Nelson having back surgery

Dodgers manager Dave Roberts said Nelson has been dealing with the injury since at least spring training. Nelson signed a one-year deal with the Dodgers in January following six seasons with the Milwaukee Brewers. He recorded a 3.49 ERA and 27.3 percent strikeout rate in 2017 before suffering a season-ending shoulder injury. The right-hander then missed all of 2018 and was limited to 22 innings in 2019, and now he's out until 2021. The Dodgers have a club option on Nelson for next season, so they'll have to decide whether they want to bring him back or cut bait without him ever taking the mound. Nelson turned 32 in June.

Per FanDuel Sportsbook, the Dodgers have the best odds (+380) to win the 2020 World Series.