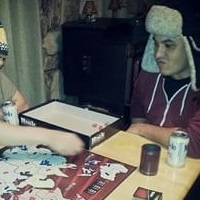 As we've witnessed in the past few years with Kris Bryant, Mookie Betts, and Noah Syndergaard, few things are more exciting in baseball than seeing an organization's top prospect get the call up to the big leagues.

With Julio Urias, that excitement is even more palpable because he's arguably the top prospect in all of baseball.

Urias' numbers thus far in his minor league career have been outstanding -- especially when you consider he's only 19 years old -- with 308 strikeouts 263 innings pitched. And he only seems to be getting better, as he's currently on a 27-inning streak without surrendering a run in a hitter-friendly league, holding a 1.10 ERA and 0.87 WHIP in 41 innings pitched this season. Truly astounding numbers for a pitcher of his age, and he has all the makings of a future ace.

With all those positives about young Urias, you can see why the MLB world is hyped on this kid, but fans may need to keep their expectations in check. With Hyun-jin Ryu and Brandon McCarthy nearing a comeback, the Dodgers' rotation is going to be a crowded place. Another negative for Urias is that he's been handled with kid gloves in terms of his workload, never exceeding 87 innings in any single season. I would be thoroughly shocked if Urias doesn't get sent back down to the minors soon, let alone having him stick in the rotation for the remainder of the season.

So basically the Mets are facing the second coming of Fernando Valenzuela as well as Clayton Kershaw this series.
â€” Adam Rubin (@AdamRubinESPN) May 26, 2016

The Dodgers' upcoming series with the Mets will be must-watch television for anyone that's a fan of the game, and a big reason for that is Urias. This kid is going to be a stud, but fans shouldn't assume he's going to be a cure-all for the Dodgers' struggles right away.

As for daily fantasy, gauging ownership percentages is a science, and it's impossible to know for sure, but my guess is that Urias will be a highly-owned selection in daily leagues today.

While the Mets provide a good matchup on paper (especially with Lucas Duda on the shelf), he's a good fade candidate because he'll likely be on some kind of pitch count, and if he starts struggling, Dave Roberts won't hesitate to give him the hook.

As we've seen with many young pitchers, they tend to nibble at the strike zone because they don't want to get shelled their first time up to The Show, so it's entirely possible Urias doesn't make it deep enough into this game to get a win. I'm not saying to fade him entirely, because he could very well come out and efficiently shut down this Mets lineup, but I wouldn't be throwing him on every roster I make.