What should we know about the course?

TPC Southwind historically has hosted the FedEx St. Jude Classic, but the event shifted into a WGC event in 2019. Justin Thomas won the most recent event (notably while losing strokes with his putter), and Brooks Koepka won the initial WGC-FedEx St. Jude Invitational.

The tiny greens, averaging 4,300 square feet, rank as the third-smallest average greens among courses in the PGA Tour rotation (trailing just Pebble Beach [3,500] and Harbour Town [3,700]). No other courses rate out below 5,000 square feet for average green size. 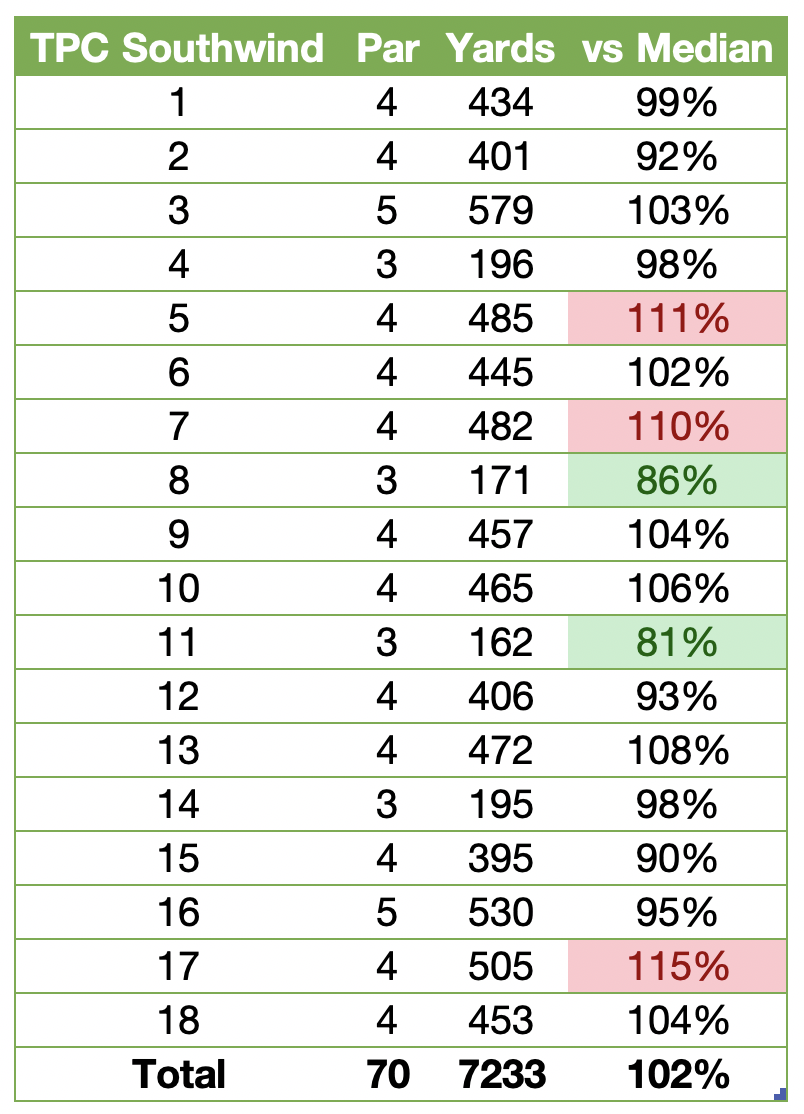 Only five holes really stand out as any type of outlier from the median relative to par. We've got three long par 4s, rating out as 480 yards or longer.

And the two short holes are both par 3s, standing 171 yards or shorter.

In total, this view makes me still prioritize driving distance because of the lengthy par 4s, but it's not a constant need to launch it.

Some other stroke-play courses that feature small bermuda greens:


Datagolf's course fit tool shows a de-emphasis on driving distance but an added emphasis on approach and around-the-green play.

Sorting the leaderboard by strokes gained: approach at the two WGC iterations of the FedEx St. Jude Invitational reflects some of the best overall scores, so it becomes the key stat once again.

There's a strong case to be made to look at all-around play across a no-cut event.

While, yes, safety is ostensible because all golfers will play all four rounds, golfers with incomplete games can fall behind across 72 holes. Numerous golfers will finish double-digit strokes over par, and historically, golfers who finish worse than 50th will finish over par.

These golfers have gained at least 1.5 strokes per round at TPC Southwind since 2012 among golfers with at least eight rounds played at the course, via FantasyNational.