After a longer wait than expected, we’re all set for men's and women's Olympic golf at Kasumigaseki Country Club.

But overall, the five-year wait since 2016 doesn’t really rival the delay between 1904 and 2016 when golf wasn’t an Olympic sport, so we can’t really compare the two.

What should we know about Kasumigaseki Country Club and how it might play for those representing their countries?


Kasumigaseki’s East course has been around for more than 100 years, and a 2016 Tom Fazio redesign added more than 400 yards to the layout.

We were initially looking at Velcro-like greens from early reports, but the Stimpmeter is up to 12, which doesn't really require any specific deviation from usual.

There are some concerns that the fairways are too wide, so we should expect the rough to be grown higher and tighter, but that generally leads to an emphasis on driving distance. 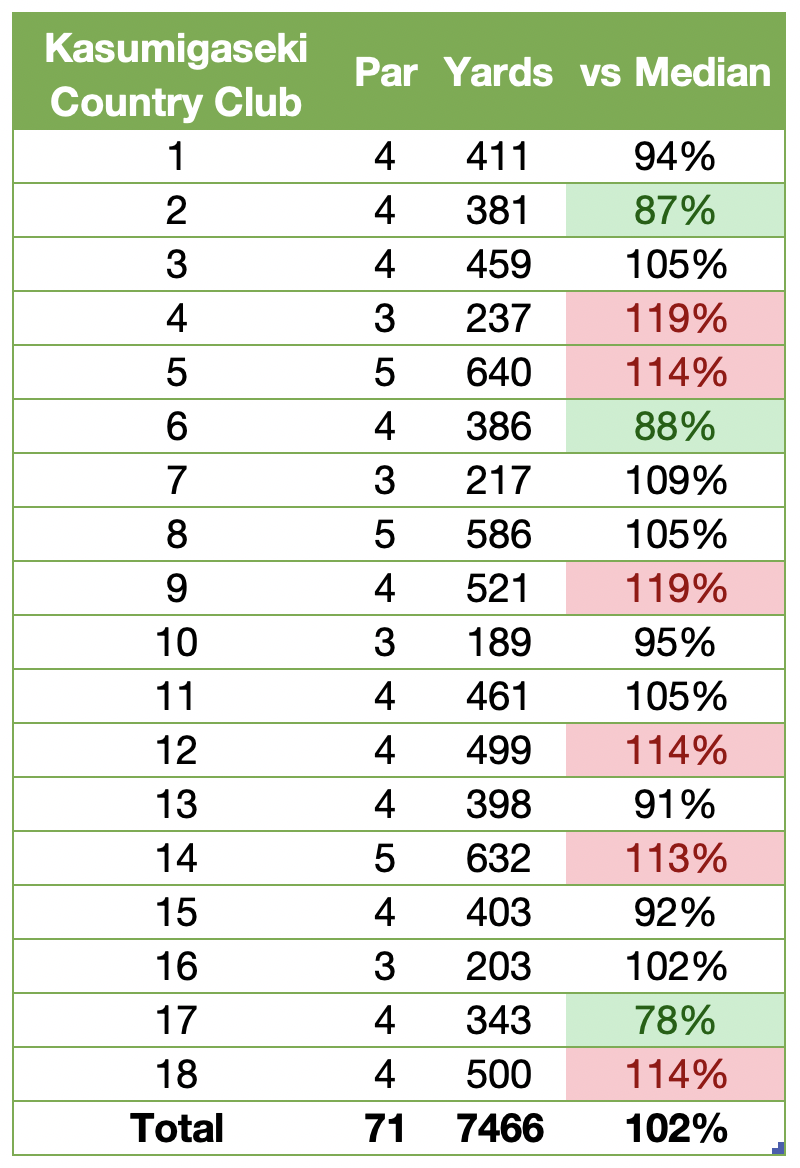 There are a lot of short par 4s on this course, including four that are under 400 yards, but there are plenty of long holes to make up for it.

Given that and that the course overall is around 200 yards longer than the average par 71 on the PGA Tour, we can look to driving distance to some degree.

Some other courses that can be categorized as average-to-long tracks with bentgrass greens that require distance over accuracy include:

This is a very rudimentary look at possible comparable courses, but these do have some overlapping characteristics with Kasumigaseki. Finding a true comp looks to be difficult.

While we don’t have a ton of information to go off of for how the course will play, we do know two things for sure: there’s no cut, and there are only 60 golfers.

While that does mean that golfers can definitely lag behind and fall way off course of the lead, birdies are more valuable than bogeys are hurtful. It’s better to chase up-and-down scorers than simply par-makers.

Also, with 60 golfers, the odds of ensuring scoring bonuses are increased, so we can easily cut off the bottom of the field and still rack up some extra points.

But the hole-by-hole overview does indicate that distance will matter on some holes, so it’s a key stat for me for sure this week.