Charles became expendable when the Jaguars acquired Carlos Hyde from the Cleveland Browns late last week. He turns 32 in December.

Charles averaged 1.2 FanDuel points in two appearances for the Jaguars. He rushed 6 times for 7 yards and caught 2 passes for 7 yards on 3 targets. 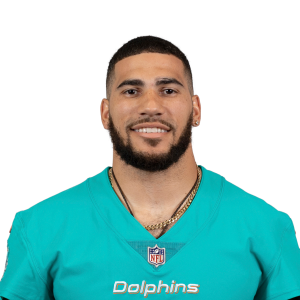