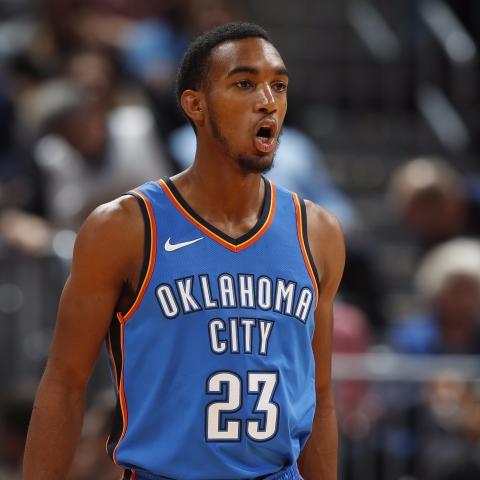 Knicks acquire Terrance Ferguson in trade with Thunder and 76ers

According to Adrian Wojnarowski, the New York Knicks have acquired guard Terrance Ferguson in a trade with the Philadelphia 76ers and Oklahoma City Thunder.

Ferguson will join his third NBA team after the 76ers moved the 22-year old in a trade involving Austin Rivers, Tony Bradley, and George Hill. Expect Ferguson to play a backup role behind Reggie Bullock and Alec Burks.

According to Rotogrinders' Court IQ in 49.3 minutes this season, Ferguson is averaging 0.11 FanDuel points and 0.14 field goal attempts per minute.