Boston Celtics guard Marcus Smart is considered questionable to play Monday in the team's game against the Miami Heat.

Smart is dealing with a sprained right ankle. He left Saturday's Game 3 because of it - though he did return - and now he'll carry a questionable tag into Monday's contest. Keep a close eye on his status over the next 24 hours. If Smart were to sit, Payton Pritchard or Derrick White would start at point guard in Game 4 of the Eastern Conference Finals. 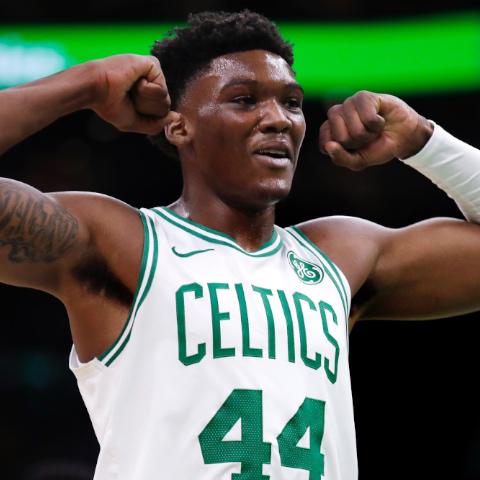 Robert Williams (knee) questionable for Celtics in Game 4 on Monday

Boston Celtics center Robert Williams is considered questionable to play Monday in the team's game against the Miami Heat.

Williams sat out in Game 3 of the Eastern Conference Finals due to left knee soreness. Now, he is listed questionable for a pivotal Game 4. Keep a close eye on Williams' status over the next 24 hours. If he sits, that would likely lead to another start for Daniel Theis.

Our models currently project Williams for 8.1 points, 8.1 rebounds, 1.9 assists and 27.2 FanDuel points across 25.1 minutes of action.

Boston Celtics forward Jayson Tatum is considered probable to play Monday in the team's game against the Miami Heat.

Tatum left Saturday's game early - though he did end up returning - due to a shoulder ailment. Now, he is listed probable to play in Monday's Game 4 of the Eastern Conference Finals. Keep an eye on hsi status over the next 24 hours, but it's safe to assume he'll play. The Miami Heat listed Gabe Vincent (hamstring) as questionable for Monday's Game 4 of the Eastern Conference Finals against the Boston Celtics.

Vincent played a reduced role in Game 3 of the Heat's series with the Celtics with Kyle Lowry (hamstring) back in the lineup, but his limited minutes could potentially be injury-related. Vincent joins five other important players on the Heat's Sunday night injury report.

Vincent is currently projected to play just 13.6 minutes in Game 4, but he could see a bump in those minutes if there are any inactives from among the other Heat players on the injury report. His projections include 4.7 points, 1.1 rebounds, and 1.6 assists for 9.4 fantasy points. 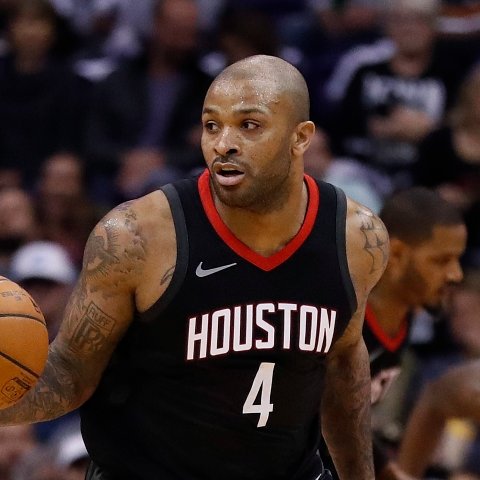 P.J. Tucker (knee) questionable in Game 4 for Heat on Monday

Miami Heat guard/forward P.J. Tucker is considered questionable to play Monday in the team's game against the Boston Celtics.

As has become a Heat playoff tradition at this point, the team has once again loaded up the injury report with questionable tags. For Game 4 of the Eastern Conference Finals, six players are listed as questionable. One of them is Tucker, who is still dealing with left knee irritation. Keep an eye on his status over the next 24 hours, but it's safe to assume he'll play. 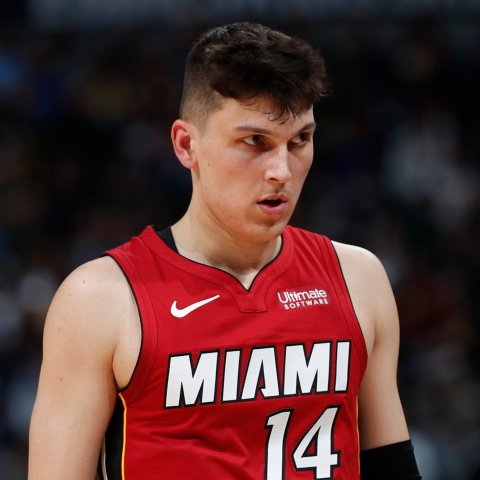 The Miami Heat have listed Tyler Herro (groin) as questionable for Monday's Game 4 of the Eastern Conference Finals against the Boston Celtics.

Herro has seen his minutes drop in each of the team's contests against the Celtics, and technically did not return for the final eight minutes of Game 3 after suffering his injury. However, Erik Spoelstra implied that Herro may have been cleared to return if he hadn't exited the game with so little time left on the clock. He's listed as questionable for tomorrow's Game 4, but Herro seems closer to playing than sitting.

Assuming he gets the go-ahead from the team's trainers ahead of tip-off tomorrow, our models have Herro projected for 23.5 fantasy points off of 13.6 points, 4.1 rebounds, and 2.9 assists in 27.1 minutes on the court.