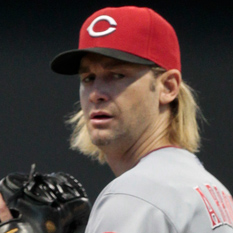 Nationals' Bronson Arroyo on track to make first start since 2014

Washington Nationals pitcher Bronson Arroyo in on track to start against the St. Louis Cardinals on Saturday after a successful 90-pitch simulated game on Sunday.

Reds manager Bryan Price said Arroyo "hasn't done anything to deter us from thinking he could make that start," but he was unwilling to commit to the right-hander's availability for Saturday's matchup. Arroyo's last start came on June 15 of the 2014 season, so don't expect too much from the 40-year-old vet. It would be a bit of a surprise if he maintains a regular spot in Cincinnati's rotation.