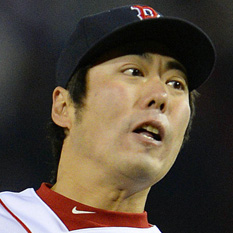 Uehara injured his pectoral against the San Francisco Giants on Tuesday. It's possible that this injury could keep Uehara, who was the interim closer with Craig Kimbrel out, sidelined for a lengthy period. The closer role will likely be taken over by Brad Ziegler, who's made three appearances -- all scoreless -- since being traded to Boston from the Arizona Diamondbacks. Ziegler owns a 2.61 ERA in 41 1/3 innings this season.

Uehara is having a much better season than his 4.50 ERA might indicate, and is sporting a 2.55 SIERA with a 35.17 percent strikeout rate. We project him to post a 3.24 ERA over the remainder of the season, pending the severity of his injury.