Jahmai Jones out of Baltimore's Friday lineup against Texas

Baltimore Orioles second baseman Jahmai Jones is not starting in Friday's lineup against the Texas Rangers.

Jones will sit on Friday night after Pat Valaika was chosen as Baltimore's starting second baseman.

According to Baseball Savant on 36 batted balls this season, Jones has produced a 2.8% barrel rate and a .165 expected average. 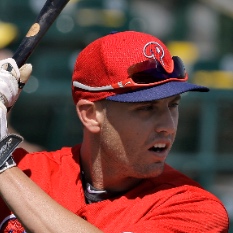