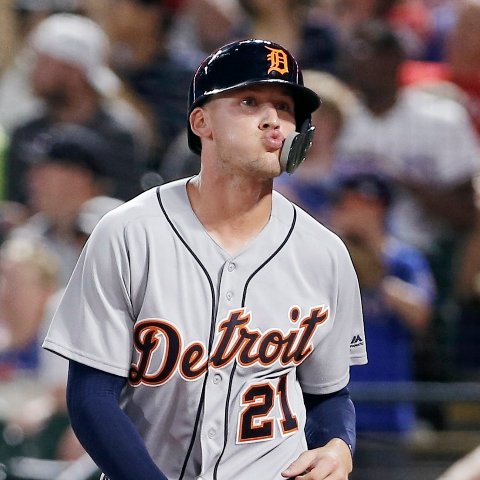 Detroit Tigers center field JaCoby Jones is not in the starting lineup for Monday afternoon's series finale against right-hander Brad Keller and the Kansas City Royals.

The Tigers appear to be giving Jones the day off as they wrap up a four-game set against the Royals. Akil Baddoo will make the start in center field and hit sixth after being held out of Sunday's lineup.

Keller owns the second-lowest strikeout percentage (13.0) and fourth-highest walk percentage (13.0) out of the 22 listed starting pitchers on Monday, per numberFire's MLB Heat Map. Baddoo has a salary of $3,100 on Monday's full slate and our models project him to score 8.2 FanDuel points.