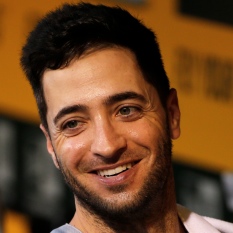 Brewers' Ryan Braun likely back in 2021

Braun, who is entering the final guaranteed year of his contract with the Brewers, had previously indicated that 2020 could be his last season. “I would say everything happening in our world, the COVID stuff specifically, certainly changes the dynamic,” Braun said. “This season will be nothing like a normal baseball season experience. I think that all factors into changing the way I am thinking about things right now. I would say based on where I’m at now, there is a higher likelihood that I would be interested in playing another year now than I thought there would be three or four months ago.” The 36-year-old is expected to be the Brewers' primary designated hitter for the 60-game season, and there's a strong chance that the DH will wind up sticking in the National League for 2021.