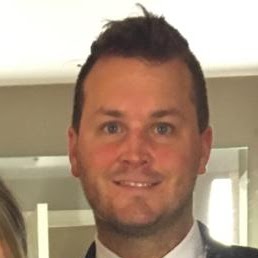 Going into the 2015 season, A.J. Pollock of the Arizona Diamondbacks was one of many outfield candidates the fantasy industry speculated could break out due to a combination of speed, average, and power potential.

In 2014, Pollock slashed .302/.353/.498 with 7 home runs and 14 steals in only 75 games. Analysts were tickled by the prospect of acquiring an everyday player in later rounds, like Pollock, who could potentially hit 10 to 15 home runs, steal 25 bases, and also hit for average (a rare combination in todayâ€™s game).

In 2015, Pollock rewarded those who invested in him by posting a .313/.367/.498 line that saw him slug 20 home runs and swipe 39 bases. No other player in the game went 20 and 30 like Pollock in â€™15 (Charlie Blackmon went 17 and 43). Largely as a result of hitting in front of the elite Paul Goldschmidt, Pollock scored 111 times for Diamondbacks and was arguably the best fantasy value (given where he was taken in drafts) among hitters last season.

Pollock should be able to continue to put up strong fantasy numbers for the next few seasons, but what should we honestly expect in 2016 after his 2015 breakout season?

Pollock is a real worm killer while he is running the bases but also when he is batting.

Pollock can realistically maintain around a league home run rate, but if he maintains his low 2015 fly ball rate moving forward, I would only feel comfortable projecting him for 12 to 14 home runs moving forward.

Pollock should be able to maintain a high average in the coming years due to an increasingly rare skill set. Pollock seldom strikes out, is very fast, and sprays the ball all over the yard with authority.

In 2015, he struck out only 13.2% of time, which is well below league average. Earlier, I mentioned that Pollock tends to put the ball on the ground, which is bad for his future home run totals, but is probably a good thing for his future average. Pollock is very fast out of the box and should continue to be able to garner a high infield base hit totals due to his speed.

When Pollock puts the ball in play, he strikes the ball 85% of the time at a medium to hard contact rate, according to Fangraphs. His combination of contact ability, speed, and power make him a difficult out in any situation

If you combine all of those elements together, you get a recipe for a high average hitter for years to come.

Jeff Zimmerman conducted a study a few years ago on stolen bases that demonstrated, like defense, stolen bases tend to peak for players early on in their careers. Pollock will play the entire 2016 season at age 28, which is not old, but it is post-peak. In Zimmermanâ€™s study, the age 28 season suggests a dip of about 4 stolen bases as compared to the playerâ€™s peak age, which is 25 or 26. Based on this study, I think it is reasonable to forecast Pollock for a slightly less than he did last year but certainly not falling off the cliff.

Additionally, since Pollock is entering his power peak and has had nagging injuries in his career, it will be interesting to see if he decides not to steal as frequently in 2016.

So long as Pollock is hitting in front of Goldschmidt, he should be a shoo-in for 100 runs in 2016.

Last season, Pollock had 76 RBI over the course of the season. That number seemed initially high to me, but upon review, Pollock hit mostly between second and fourth in the batting order during the season, which makes that total seem much more reasonable (I also presume any time I see a player with more than 30 steals that they are a lead-off hitter).

I would also speculate that if @jean segurJean Segura bounces back offensively this season that Pollockâ€™s RBI total could increase because he would likely assume the 2-hole again in the Arizona lineup.

He would also likely be penciled into the 3-hole if Goldschmidt were to get injured, which would mean trading some runs for RBI.

Where to Draft Him?

According to NFBC, Pollock is being drafted on average 16th overall (as the 5th outfielder) in early drafts.

Two similar players, Mookie Betts and Starling Marte, are being drafted two and eight spots behind Pollock, respectively, according to NFBC data.

Of the three players, I feel Pollock is considerably a safer bet than Marte to return second round value, given his offense and skill set, but I think Betts has the best chance to vault into a top-five fantasy option in 2016. Bettsâ€™ batted ball profile (42 FB%, 8.2%, HR/FB%) suggests a higher probability of reaching 25 home run this season than Pollock or Marte.

But given what Pollock did last season and his potential to grow, it wouldn't be unreasonable for his average to hover closer to .300 and his slugging to wind up closer to .450. Additionally, unless Goldschmidt regresses substantially, Pollock could flirt with 100 runs and closer to 35 steals.

The upside and potential is there for him to recapture his 2015 success. That much is certain.