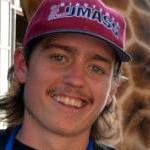 Zack Greinke was utterly sensational for the Dodgers last year, as he led Los Angeles to a virtually uncontested NL West title and the teamâ€™s third consecutive postseason bid.

The crafty right-hander was consistently the Dodgersâ€™ best pitcher, and when teammate Clayton Kershaw struggled to kick off the season, Greinke took the reins of the pitching staff and never looked back.

In 2015, the former first-round pick enjoyed a career year, besting his 2009 Cy Young season in wins, ERA, WHIP, K/BB, and opponents batting average. Then, late last week, while major news outlets confirmed that the preeminent free agent would choose between the Dodgers and the Giants, Greinke added to his mystifying aura by stunning the baseball world and committing to take his talents to Phoenix and the Arizona Diamondbacks.

After signing the richest contract in terms of AAV in baseball history, Greinke will spearhead the Snakesâ€™ rotation in 2016 and into the foreseeable future. Now, itâ€™s a dangerous business to question one of the most shrewd, cerebral pitchers in the game, but fans and fantasy owners alike are surely pondering whether the move to Chase Field will prove costly to Greinkeâ€™s otherworldly statistical output.

As stated above, Greinke was undeniably the Dodgersâ€™ most valuable player in 2015, but was he even more valuable to fantasy owners? The Cy Young runner-up was, on average, a fourth-round pick last year, and generally the 10th to 12th pitcher off the board in fantasy draft rooms.

Although a high draft choice, Greinke delivered excellent value as compared to his draft position, leading the MLB in ERA and WHIP, while posting 19 wins, fewer only than Cy Young winners Jake Arrieta and Dallas Keuchel. Yes, Greinke was a ratio monster, but his enduring consistency is what rendered him arguably the most valuable player in fantasy baseball last year. In 32 starts, he lasted 6 innings or more every single time he took the mound. That type of set-it-and-forget-it consistency is what fantasy owners dream about, and Greinke delivered time and time again.

Now, we could delve into the finer details of Greinkeâ€™s historic 2015 campaign, but the beauty of fantasy sports is the yearly fresh start that it offers participants, and Iâ€™m sure the principal question on most readersâ€™ minds is, â€œWill Greinkeâ€™s performance repeat?â€

First off, the answer to the presupposed question above is a resounding â€œnoâ€. There's no doubt that the 32-year-oldâ€™s extraordinary 2015 was mainly a product of skill, but it would be narrow-minded to think that it was not also spawned from some terrific luck.

Opponentsâ€™ batting average on balls in play (BABIP) was a minuscule .229 against Greinke last year, second lowest in the bigs and lower than the aceâ€™s career mark (.298) by almost 70 points. That's partially attributable to the quality of pitches Greinke was firing, but that number can certainly be expected to regress this year, and likely north of .275.

In addition, Greinke possessed the third highest negative discrepancy between ERA and FIP last year at a highly unsustainable -1.27. For those of you less nerdy than I, FIP, or Fielding Independent Pitching, is a measure that attempts to remove factors, such as team defense, in order to evaluate a pitcher based on average outcomes of balls in play.

Now, not only will Greinke be leaving the pitcher friendly confines of Chavez Ravine, but he will also leave behind the number one defense in baseball last year, as the Dodgers led the league with only 75 errors. That being said, the Diamondbacks are an excellent defensive club (ninth in errors) -- excluding Yasmany Tomas, of course. With A.J. Pollock, Ender Inciarte, and David Peralta roaming the outfield, and two-time gold glove winner Paul Goldschmidt at first base, I'm far more concerned about Greinkeâ€™s change in venue than his supporting cast.

Dodger Stadium was 23rd in MLB park factors last year posting a .918 mark, only slightly better than known pitcherâ€™s havens like Safeco Field and AT&T Park. In an applied setting, that means that only 91.8% of runs that would score in the average ballpark would cross the plate in Los Angeles. Chase Field, on the other hand, possessed the eighth highest park factor in the majors last season at 1.062.

Given this appreciable difference in park factors, one can loosely infer that Greinke likely would have given up around 10% more runs pitching in Phoenix last year than he did in Los Angeles. This math is obviously imperfect, as team defense, weather, and many other factors must be taken into account, but the change of scenery is nonetheless disheartening.

Further, Greinke posted a superb 7.3% HR/FB rate in 2015, but this may prove less beneficial in Arizona, as Chase Field had the third lowest home run park factor, but the fifth and second highest double and triple factors, respectively. Therefore, even if Greinke can maintain his outstanding HR/FB rate, it may not save him from regression, as the majority of damage done in Phoenix is by means of two and three baggers.

Through a close examination of the park factors, and Greinkeâ€™s unsustainable 2015 rates, it is clear that Zack Greinke will regress in 2016. But to what extent?

Although the move from Dodger Stadium to Chase Field is certainly undesirable, the negative effect may be over exaggerated in the months leading up to fantasy baseball draft season. Greinke was locating his pitches better than ever last year, and staying positive through adversity, a problem that had dogged the righty in the past. It would be unwise to target Greinke in the first round next year with so many valuable pitchers available, but in my estimation, he should still be one of the top-five pitchers off the board.

I wouldnâ€™t be surprised if the D-Backs challenged for the division crown next year, with Greinke posting another 16-plus win season, an ERA between 2.80 and 3.10, and unchallenged consistency. Target the newly anointed Diamondback with confidence this year, and be sure to apprise all your league mates of the destructive toll Chase Field will take on the hurler while conveniently forgetting to mention this: over the last three years, Greinke has started six games in Chase Field, posting a record of 6-0, and allowing three earned runs with 41 strikeouts over 41.1 innings.