How Good Is the New York Mets' Starting Rotation? 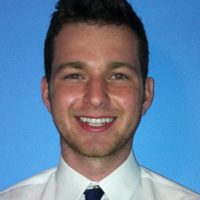 Scott Barrett  —  @DudeFantasyBro Feb 6th, 2015
Share on Facebook Share on Twitter
The Mets have a former Cy Young winner, a Rookie of the Year and prospects ready to make a name for themselves. How good are they?

Upon signing Max Scherzer to a seven year deal worth $210 million, the Nationals quickly established themselves as the top starting rotation in baseball (if they weren't there already). Including Scherzer, they now have five pitchers who finished in the top-30 in ERA last year (min. 162 innings) -- it's essentially a rotation of five aces and Gio Gonzalez.

Whether it will be Jordan Zimmermann or Stephen Strasburg, it only makes sense for the Nationals to move one of these top pitchers. For a more in depth look at how good the Nationals staff is right now, check out our own John Stolnis' take.

Staying inside the division, the New York Mets also appear to have an overabundance of quality starting pitchers. While not on the same level of documented success as the Nationals, they have built for themselves a formidable rotation with added potential.

ESPN Insider Buster Olney recently ranked the Mets rotation as the fifth best in baseball, saying, â€œ...If [Matt] Harvey comes even close to what he was before he got hurt in 2013, the Metsâ€™ group has a chance to develop into the best in the majors.â€

In all likelihood, the Mets will move one of their arms by the end of Spring Training (probably Dillon Gee), but let's take a look at their potential staff right now.

Matt Harvey: The unquestioned ace of the 2015 New York Mets is 25-year-old Matt Harvey. While he only has 237.2 Major League innings under his belt, sitting out all of 2014 rehabbing from Tommy John surgery, thereâ€™s still a decent chance he could, again, be one of the best pitchers in baseball this year.

In 2013, Harvey led the Majors in FIP (Fielding Independent Pitching) with a score of 2.06 -- the next closest pitcher was Clayton Kershaw with over a third of a run worse at 2.44. Despite exiting the season early due to injury, he finished fifth in Cy Young voting. He also finished 3rd in the majors in ERA, 2nd in WHIP, 12th in WAR, 6th in K/9, and 3rd in K/BB. The newly released 2015 ZiPS Projections from FanGraphs have Matt Harvey finishing with a 3.12 ERA in just 153 innings pitched. It would be a slight setback for Harvey who has never finished with an ERA above 2.75, and while he is on an innings limit, the current rumors are that the number will be closer to 200 than 150. Harvey has a fastball that tops out at 100 mph, a plus slider, and a curve and changeup he throws more sparingly.

Jacob deGrom: While all of the buzz coming out of Spring Training last year was surrounding the Metsâ€™ other hot prospect (Zack Wheeler), Jacob deGrom exploded out of seemingly nowhere to win the NL Rookie of the Year Award.

deGrom, a former shortstop who only began pitching just five years ago, also had a .217 batting average in 46 plate appearances (only .010 less than their starting left fielder, Curtis Granderson). deGrom operates a low-to-mid 90s fastball, an 87 mph slider (the 11th hardest among starters last year), and the 6th-most effective curveball among any pitcher last year. He had the seventh-highest percentage of swinging strikes of any starter in baseball, too. In the second half last year, he had the lowest contact rate in the NL for balls thrown in the strike zone. Heâ€™s still inexperienced, heâ€™s still learning, and he has the chance to grow into one of the best in league.

Zack Wheeler: Whereas deGromâ€™s rise to fame was seemingly unexpected, Wheeler has been a destined star and top prospect since being drafted sixth overall by the San Francisco Giants in 2009. Before the start of the 2013 season, Wheeler was ranked sixth on MLB.com's Top 100 Prospects list. Later that year, he was given his first start and eventually finished the season with a 3.42 ERA and a 7.6 K/9 in 17 starts.

If he can improve on his accuracy, the sky is the limit for this 24-year-old. Wheeler has a fastball with terrific movement that can top out at 100 mph. He has a plus curveball that usually sits in the 72-78 mph range. His non-plus pitches are his changeup and slider, which he's set out to work on more this spring.

Jonathon Niese: Niese has been Mr. Consistent for the Mets, posting a 3.49 ERA over the past three years. Last year he posted the 18th best ERA in the NL among eligible pitchers (3.40) despite pitching the entire year "feeling like there were knives in [his] shoulder." He's healthy this year and projects to be one of the best back-of-the-rotation starters in baseball. The only lefty in this rotation, Niese is 28-years-old and has in his arsenal five pitches: a low 90s four-seam and two-seam fastball, a cutter, a curveball, and a changeup.

Dillon Gee: The Mets just recently signed Dillon Gee to a one-year, 5.3 million dollar deal, and heâ€™ll be arbitration eligible the following year. But heâ€™s considered the most likely of the Metsâ€™ pitchers to be traded this winter.

Like Niese, Gee's only 28 years old, but heâ€™s oft-injured and has composed mostly just mediocre lines -- it makes the most sense to move him over anyone else on this list, as heâ€™s the most expendable. If he isn't traded by Opening Day, Sandy Alderson has recently implied that Gee would be moved to the bullpen. Last year in 22 starts Gee posted a 4.00 ERA, though his career ERA is slightly better at 3.91.

Bartolo Colon: Colon, the former Cy Young winner (and PED user), will likely open the season as the Mets number-five starter. He has one year left on his contract, but will could be dealt around the deadline in July to make room for Noah Syndergaard.

Last year, in his first year with the Mets, Colon was exactly what the team wanted him to be: dependable. He consistently ate up innings, going for 200-plus last year. While he had the highest ERA of all the pitchers we've touched on so far, he also had the most wins on the team with 15.

Noah Syndergaard: The Mets' top prospect was recently ranked by MLB.com as the second-best right-handed prospect in all of baseball. The only player just ahead of Syndergaard on that list is Lucas Giolito who, humorously enough, is currently in the farm system of the Washignton Nationals.

Syndergaard has a plus fastball that can run up to 98 mph with consistency, has outstanding command and control, and an above average curve and changeup. He is expected to join the staff sometime in 2015 (likely July). The Mets must have high hopes for this young 22-year-old phenom, as they refused include him in trade talks for Troy Tulowitzki and Ian Desmond.

Waiting in the wings, the Mets still have three talented young starting pitchers waiting for their shot in 2015.

First up is Jenrry Mejia, who opened out the 2014 season as a starter. After struggling as one in seven games, he eventually moved to the bullpen where he picked up 28 saves in the closer role. Though many still believe he's better suited as a starter, he'll likely begin the season as the closer and then move to the set-up role once Bobby Parnell returns from rehabbing after Tommy John surgery.

After Mejia, we have 24-year-old Rafael Montero, who had a 4.06 ERA across eight starts in his rookie campaign last year. The 2015 ZiPS Projections have him with the third-highest strikeout rate on the team while also beating out Niese, Colon, and Gee in ERA with a solid 3.61.

Behind Montero we have the Mets' number-two overall pitching prospect in 23-year-old Steven Matz, who has recently drawn comparisons to Clayton Kershaw and Madison Bumgarner. Some within the Mets organization even believe him to be a better long-term prospect than Syndergaard. Both Montero and Matz are projected to pitch in the majors this year, though likely only to bolster their terrible bullpen which ranked worst in the league in WAR last year.

How Good Are They?

By all accounts, the Mets appear to have one of the youngest, deepest, and most promising rotations in the league. They have a 25-year-old former Cy Young contender for an ace in Matt Harvey, last year's Rookie of the Year in Jacob deGrom, one of the most highly regarded prospects entering his second full year in 24-year-old Zack Wheeler, a very solid number four in Jonathon Niese, a former Cy Young winner in Bartolo Colon at number five, and then one of the top-10 prospects in baseball waiting in the wings with Noah Syndegaard.

Even if, once again, the Mets aren't playing meaningful games in September, this should be a rotation to watch for years to come.