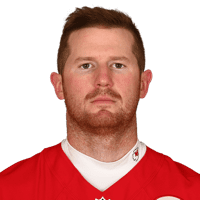 McGloin has been replaced by Josh Johnson as the third quarterback in Houston behind Tom Savage and T.J. Yates. The 2013 undrafted free agent was signed last Friday after the Texans lost Deshaun Watson to a season-ending knee injury.