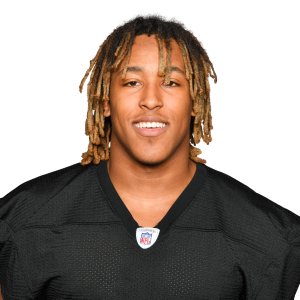 Jaylen Warren establishing himself as No. 2 Steelers rusher

Pittsburgh Steelers running back Jaylen Warren has reportedly established himself as the second running back on the depth chart, according to Dale Lolley of DK Pittsburgh Sports.

Benny Snell has been a handcuff option as long as he's been in the league, but now, it seems as though he's been relegated to third-string duties. Behind Najee Harris in Pittsburgh, it has been Warren who handles the primary backup duties. Things can change as the season nears, but that is the current lay of the land.

Our models currently project Snell - under the assumption he's the primary backup - for 21.94 carries for 84.65 yards and 0.63 touchdowns to go along with 4.42 catches on 6.10 targets for 31.00 yards and 0.17 scores. There won't be much of a workload available for anyone not named Najee Harris in the Steel City.