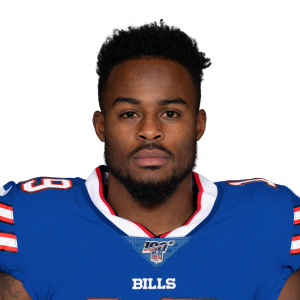 The Athletic's Joe Buscaglia noted that wide receiver Isaiah McKenzie has been practicing with the the Buffalo Bills' first units in spring practices.

Buscaglia also noted that McKenzie was Allen's top target in team drills, drawing more looks than either Stefon Diggs or Gabriel Davis in their shared time on the field. It's still early in the offseason, but McKenzie could be earning his way into a starting role in the Bills' high-powered offense in the slot.

McKenzie has never held an every-down role in any of his four seasons in the league, but he has flashed upside throughout his career (like in his 11 catch, 125 yard Week 16 game against the Patriots). With slot receiver Cole Beasley vacating 112 targets after his offseason departure, McKenzie could have a fantasy-relevant role in 2022.