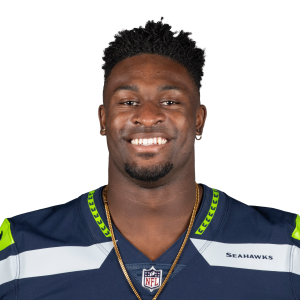 Seattle Seahawks wide receiver D.K. Metcalf caught 10 passes on 13 targets for 177 yards in a 23-17, Week 12 win over the Philadelphia Eagles on Monday night.

Metcalf bounced back from an underwhelming couple of weeks by absolutely dominating Darius Slay all evening. The receiving yards set a new career-high and it was Metcalf's second game of the year with double-digit receptions. He could have had an even more productive evening if not for a dropped pass in the end zone in the fourth quarter. Metcalf was also brought down at the one-yard line earlier in the contest. He will remain an elite fantasy option in Week 13 when the Seahawks square off with the New York Giants.

Metcalf scored 22.7 FanDuel points on Monday, sixth-most among wide receivers in Week 12. He's averaging the third-most FanDuel points per game among wideouts this season at 16.8 and leads the league with 1,039 receiving yards through 11 games. Metcalf also has the fifth-most yards by a first- or second-year player through 11 games in the past 30 seasons.