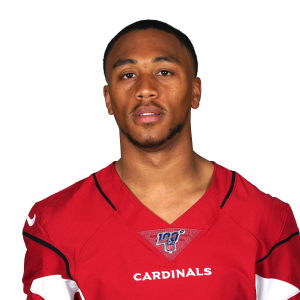 New England Patriots wide receiver Damiere Byrd caught 6 of 7 targets for 132 yards and a touchdown in a 20-27 loss to the Houston Texans in Week 11.

Byrd had a career day in Week 11, reversing a recent trend of Jakobi Meyers dominating targets in the Patriots passing attack. Byrd out targeted Meyers 7 to 3 and led the Patriots in receptions and receiving yards. His touchdown came on a 42-yard completion from Cam Newton at the start of the third quarter to bring New England within four points of Houston. Next up for Byrd and the Patriots is a meeting with the Arizona Cardinals in Week 12.

Byrd scored 23.3 FanDuel points in Week 11, the most of any wide receiver on Sunday's early slate and 18 more than numberFire's projection (5.3). Our models project Byrd for 5.1 FanDuel points against the Cardinals in Week 12.