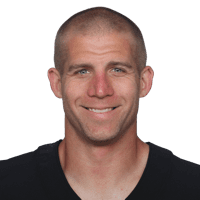 Free agent wide receiver Jordy Nelson is retiring from the NFL after 11 seasons.

Nelson spent the first nine seasons of his career in Green Bay, before playing in Oakland last season. He caught 63 of 88 targets for 739 yards and 3 touchdowns last year.