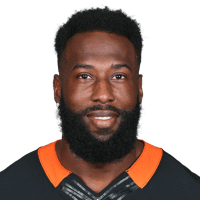 LaFell suffered the season-ending injury in Sunday's game victory over the Arizona Cardinals. He caught 2 passes (3 targets) for 29 yards and 1 touchdown before leaving. Raiders head coach Jon Gruden indicated Jordy Nelson (knee, quad) "has a chance" to return in Week 12 against the Baltimore Ravens. Martavis Bryant (knee) remains out indefinitely.

LaFell averaged 7.9 FanDuel points over six games for the Raiders this season, catching 12 passes on 16 targets for 135 yards and 2 touchdowns.